The 10 Best Colonial Names For Modern Boys and Girls 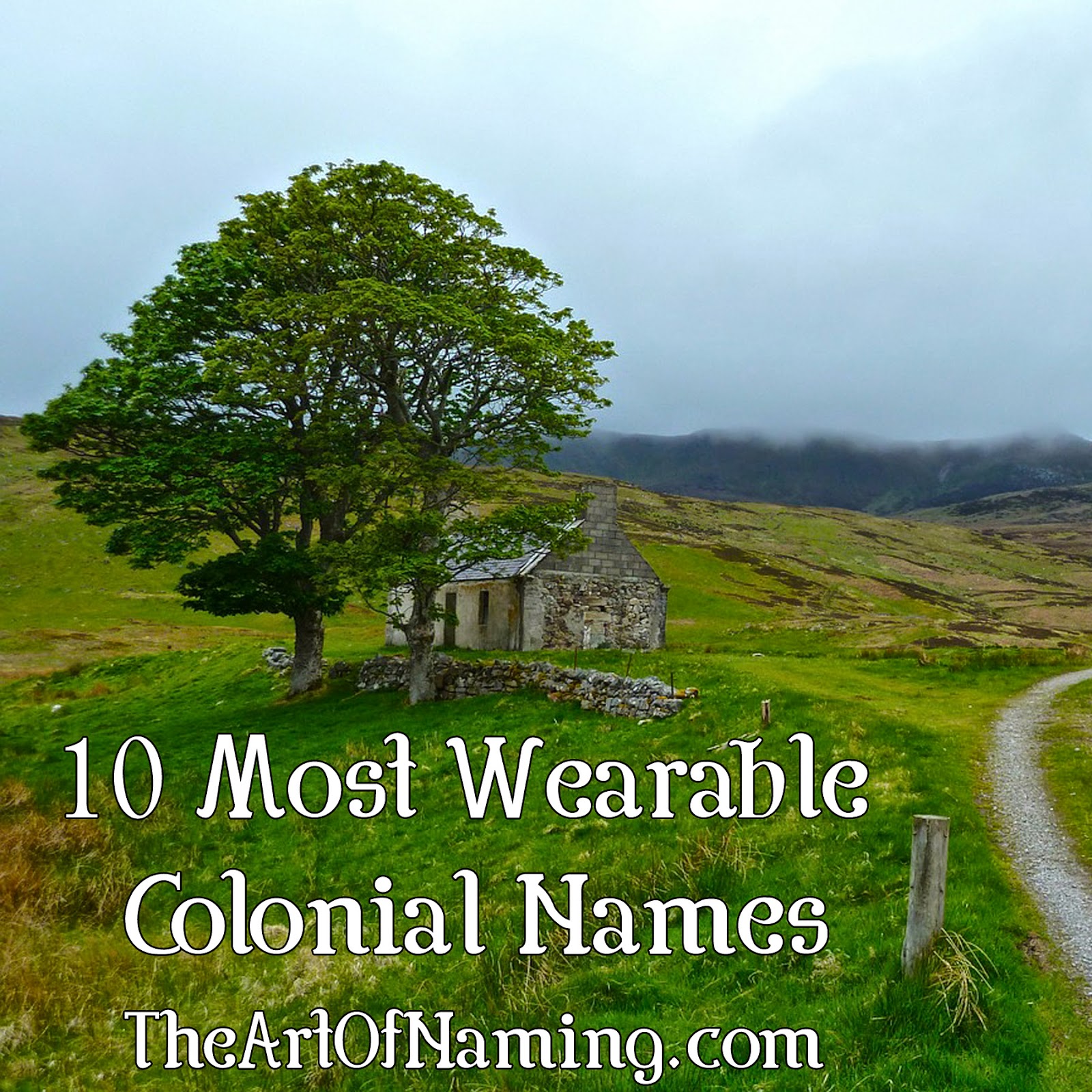 Recently, I was looking over the post I made last year regarding Colonial names. Since tomorrow is Thanksgiving, I thought I'd cover colonial names a bit more.

Colonial names are full of history and laced with virtues and biblical associations. Sometimes these names are even comprised of long phrases.

You probably won't see many boys named Comfort or girls named Modesty today, and something like The-Peace-of-God or Fight-the-good-fight-of-faith probably won't work well for official documents. This led me to wonder what the most usable, wearable names that were favored in early America might be.

With much thought, scrutiny and consideration, I narrowed it down to my top 5 boy names and top 5 girl names that date back to the colonial era but can still sound fresh and usable today.

Charlotte
The lovely Charlotte is the French, feminine form of the name Charles which is typically listed as meaning "free man".  Modern parents love this name so much that it now ranks at #11 in 2013. If that is too popular for you, there are plenty of other forms of the name from Lottie to Charlize to Carolina to Karla. This name dates back to England in the 16th century as well as the colonial times here in America but Charlotte is definitely usable today, too!
Middle Name Ideas: Charlotte Abigail, Charlotte Grace, Charlotte Louise, Charlotte Ruby

Eleanor
This name dates back to Queen Eleanor of Aquitaine, the wife of King Louis VII of France in the 12th century. Eleanor became popular in England during the Middle Ages before it was carried to Colonial America. While there are plenty of diminutives and other similar forms of the name, Eleanor itself ranks at #106 in 2013 and has been climbing steadily. It may land in the Top 100 soon which means it is definitely very wearable.
Middle Name Ideas: Eleanor Alexis, Eleanor Juliet, Eleanor Rose, Eleanor Sophia

Hannah
Hannah gained use in Europe after the Protestant Reformation and the Puritans took it with them to Colonial America. This is one of the many biblical names that gained favor in that time period. It is a Hebrew name meaning "favour" or "grace". It is related to Ann, Anne and Anna which were also used in those days. In modern times, Hannah's popularity peak happened in 2000, reaching as high as #2 in the US. She's declining now but was still ranked at #23 in 2013.
Middle Name Ideas: Hannah Catherine, Hannah Josephine, Hannah Lily, Hannah Violet

Lydia
Another biblical favorite, the Greek name Lydia actually refers to a region in Asia Minor called Lydia. Like Hannah, this name has been in use since the Protestant Reformation. In the US, Lydia had small peaks of usage around 1916 and in the 1950s, but it is at its highest ranks today. With over 3200 baby girls given the name in 2013, it ranks at #96!
Middle Name Ideas: Lydia Annabelle, Lydia Harper, Lydia Madeline, Lydia Scarlett

Susanna
Susanna is the Greek form of the Hebrew name Shoshannah. It is said that it means either Lily or Rose in Hebrew and possibly Lotus in Egyptian. Susanna was used in the Middle Ages and was common after the Protestant Reformation in Europe but mostly as Susan.  These days, neither Susanna nor Susannah rank within the US Top 1000.  Susanna ranked well until it fell out of the Top 1000 in 1998. Despite the low rank, Susanna is a lovely name that deserves more modern day usage.
Middle Name Ideas: Susanna Elise, Susanna Hazel, Susanna Ivy, Susanna Willow

Amos
Post-Reformation, Amos was very popular among the Puritans. Meaning "carried" in Hebrew, this is an Old Testament name that has been regularly used in the US at least since records began in 1880. It did well around 1920 but declined afterward. Currently, the name is on the rise again! It ranked at #778 in 2013.  With the newly trendy S-ending for boy names, Amos should fit right in.
Middle Name Ideas: Amos Clark, Amos Joseph, Amos Michael, Amos William

Cyrus
This name has a long ancient history. It is possibly the Greek form of a Persian name meaning "far sighted" or "young" but it is also associated with another Greek name meaning "lord". Most notably, it was the name of several Persian kings, including Cyrus the Great of the Old Testament.  It was well-used by the Puritans after the Protestant Reformation. In the modern US, Cyrus has been ranking in the #400-500 range for the past decade, ranking #436 in 2013. It is a cool, handsome choice that would work well on a boy today.
Middle Name Ideas: Cyrus Alexander, Cyrus James, Cyrus Oliver, Cyrus Quentin

Elias
A form of Elijah, the biblical Elias was used in the Greek New Testament, therefore making it popular among Puritans in Colonial America. There were many similar names beginning with El- that were used in those days, but this one in particular is already gaining popularity in the modern US. It has been on an upward path since the 1980s, ranking at a high of #113 in 2013.
Middle Name Ideas: Elias Frederick, Elias Henry, Elias Julian, Elias Nathaniel

Levi
Another name that popped up after the Reformation, Levi is a biblical favorite meaning "attached" in Hebrew. This name ranks fairly well in many countries including #2 in the Netherlands and #23 in New Zealand. In the US, Levi has been climbing straight up the charts! In 2013, it hit a record-high #50 with over 7,300 births. With biblical history and the flair of the coveted letter V, Levi is definitely wearable today.
Middle Name Ideas: Levi Anthony, Levi Emerson, Levi Jackson, Levi Warren

Silas is the short form of Silvanus, which in Latin refers to "wood" or "forest". This is another biblical name that popped up Post-Reformation among Puritans in Colonial America. Today, Silas is quite favored in the baby name community. The numbers agree: Silas has been climbing straight up the chart since around 2000. It currently ranks at #116 and will probably keep going up!
Middle Name Ideas: Silas Adrian, Silas Damien, Silas Jasper, Silas Porter

Which of the above names do you like best? Do you like any other names favored by the Puritans? Share your thoughts in the comments below!


Favorite Male Colonial Name?
Written by The Art of Naming at 8:00 AM