I just could not decide which 3-letter boys' name to highlight this week so I picked a few that I liked and took the question public! I put up a poll and 53 of you voted for the next featured name! The winner was Asa with 13 votes. So let's learn a little more about the boys' name Asa, pronounced AY-suh. 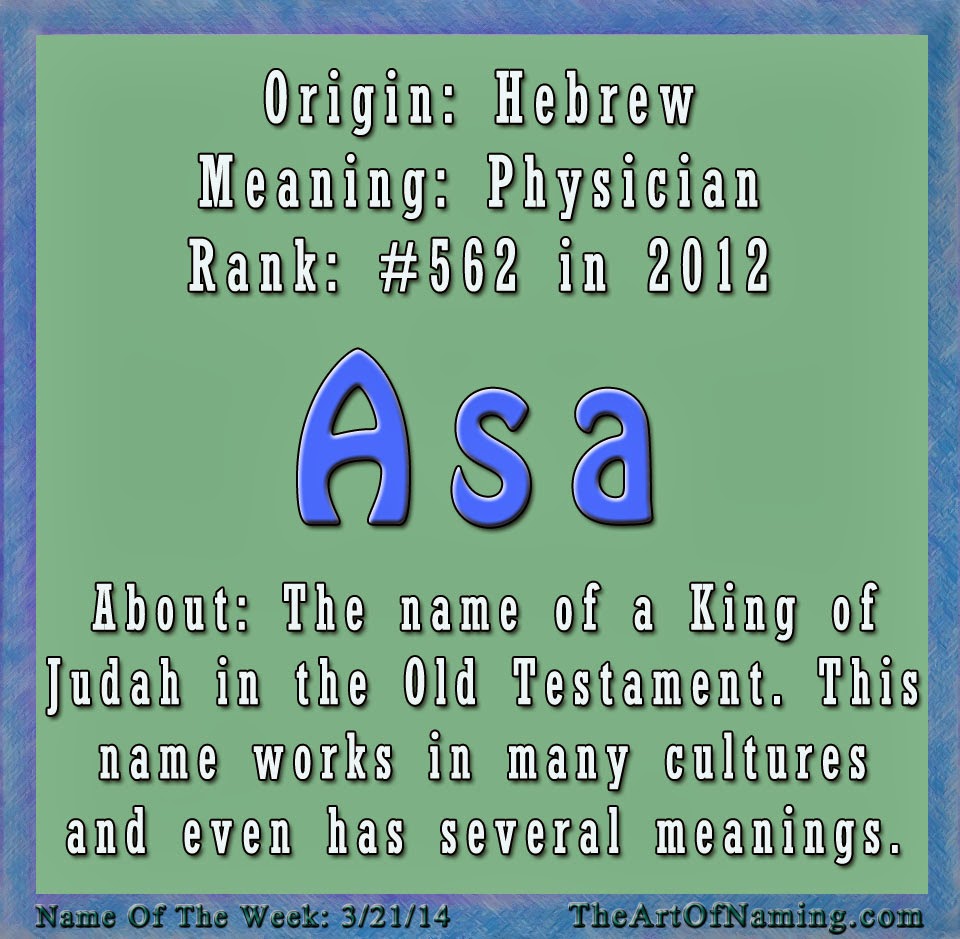 According to BehindTheName, Asa is a Hebrew name meaning "doctor". However, Nameberry says the meaning of Asa is "born in the morning". BabyNames agrees with both meanings, listing Asa's meaning as "physician" and including a note that in Japanese, Asa means "Born at Dawn". This led me to look a bit further. According to Wikipedia, there are several different meanings for this name in different cultures around the world so take your pick!:


Biblically, it was worn by the third King of Judah who reigned for forty years in the Old Testament. The name gained popularity with the Puritans in the 17th century since they were big on Biblical names. A more modern association was that of patriarch Asa Buchanan on the soap opera One Life to Live. This was the first place I ever heard the name Asa. He was a big character on daytime TV from 1979-2008.  There is also a young British actor quickly rising to fame who goes by the name Asa Butterfield.

The name Asa is very old and has been in [recorded] use in the US since the 1880s. Parents might consider this name as a formal way to get the nickname Ace, or even as an alternative to the fast-rising Asher. It fits in well with other soft boys names that end in the A-sound like Noah. Despite ranking at #562 on the US Top 1000 in 2012, this name has never been popular. 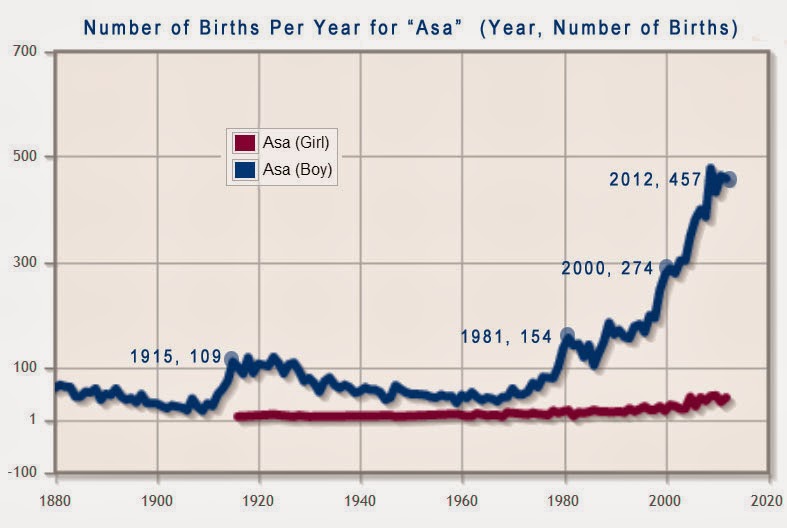 Asa had the tiniest of popularity spikes around 1915 which lasted through the 20s. It wasn't until the late 70s and early 80s that this name slowly climbed upward on the chart again. With ups and downs over the past 40 years, Asa is now ranking the highest it has ever ranked. However, the number of births per year is still shy of 500. Asa is perfect for those who are looking for something known and familiar but still flying under the radar. It will surely continue to slowly rise in popularity but I don't see it becoming "the next big thing" anytime soon. That's good news!

There is also a handful of girls who receive this name every year but it is all boy to me!

What do you think of the name Asa? Would you use it or do other biblical names catch your eye instead? If it is in consideration, perhaps you'd benefit from the following name ideas:

These are just suggestions that I came up with. What would you pair with Asa?