Hidden Gems or Never-Agains?: Unusual Girl Names from the 1910s 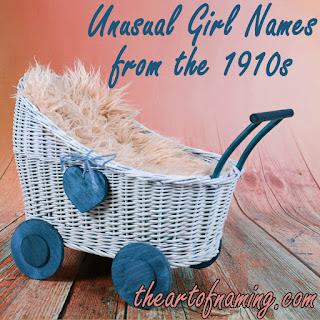 We previously explored some of the most unusual boy names from the 1910s. Now it is time to take a look at some interesting names given to females from 1910-1919.

Now, there were so very many names to browse through and I'm sure there are dozens more that could be added to this list, but these are some of the top choices I could find.

All of these had either 5, 6 or 7 births for the year within the decade of the 1910s. The names came straight from the US Social Security Administration's data.

Let's get started! While some aren't quite as unusual as others, browse slowly and try to imagine what it would be like to live with one of these names:

What do you think of this list? Pick a few names that catch your eye and share your choices in the comments below! Do you know anyone with an unusual name?
Written by The Art of Naming at 3:30 AM No comments:

Have You Heard of These Unusual Boy Names from the 1910s?

Today we are zooming in on the decade of the 1910s to discover some of the most unusual names given to boys at the time.

I analyzed the data from the Social Security Administration and looked at the names at the very bottom for each year from 1910-1919. I pulled interesting names that only had 5-7 births per year, and I did so for each of those years.

Take a look at this list and try to remember that these were once names given to baby boys. Some of the boy names that I found within the far-reaches of the data were straight up words. 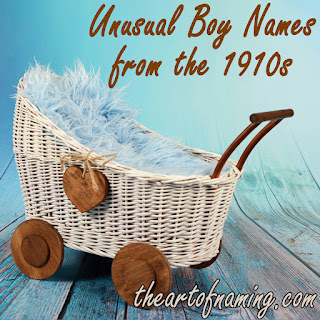 Here are some of the most interesting ones:


Here are even more unusual names that I handpicked from several hundred options. It was hard to narrow it down and know which to include and which to ignore, but these ones made the cut:
Would you ever consider any of the names listed above? Have you met someone with one of these names, or something equally unusual?
Written by The Art of Naming at 3:30 AM 1 comment: 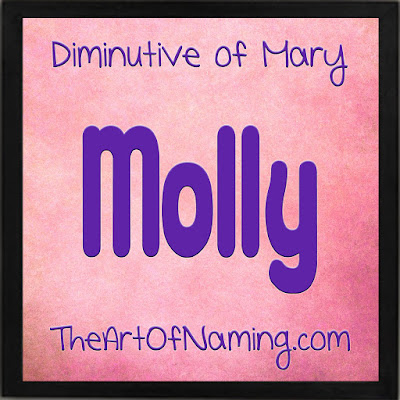 What would you pair with the name Molly? Share your thoughts below!
Written by The Art of Naming at 3:30 AM No comments:

To continue our series, let's take a look at the many names that end with the letters -ly.  This list is not necessarily exhaustive, but it is fairly long and full of great options if -ly is your favorite end-sound. 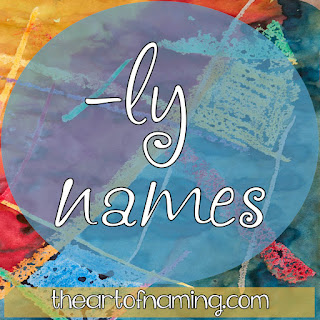 Boy names:
Which of these do you like the most? Pick 3, any gender combination, and pair middle names with them! Share your name combos in the comments!
Written by The Art of Naming at 3:30 AM No comments: