I chose to feature the name Casper this week because of its well-known association with "the friendly ghost" who is an animated character that's actually been around since 1939. It felt appropriate since today is Halloween and ghosts are a spooky staple of the holiday. 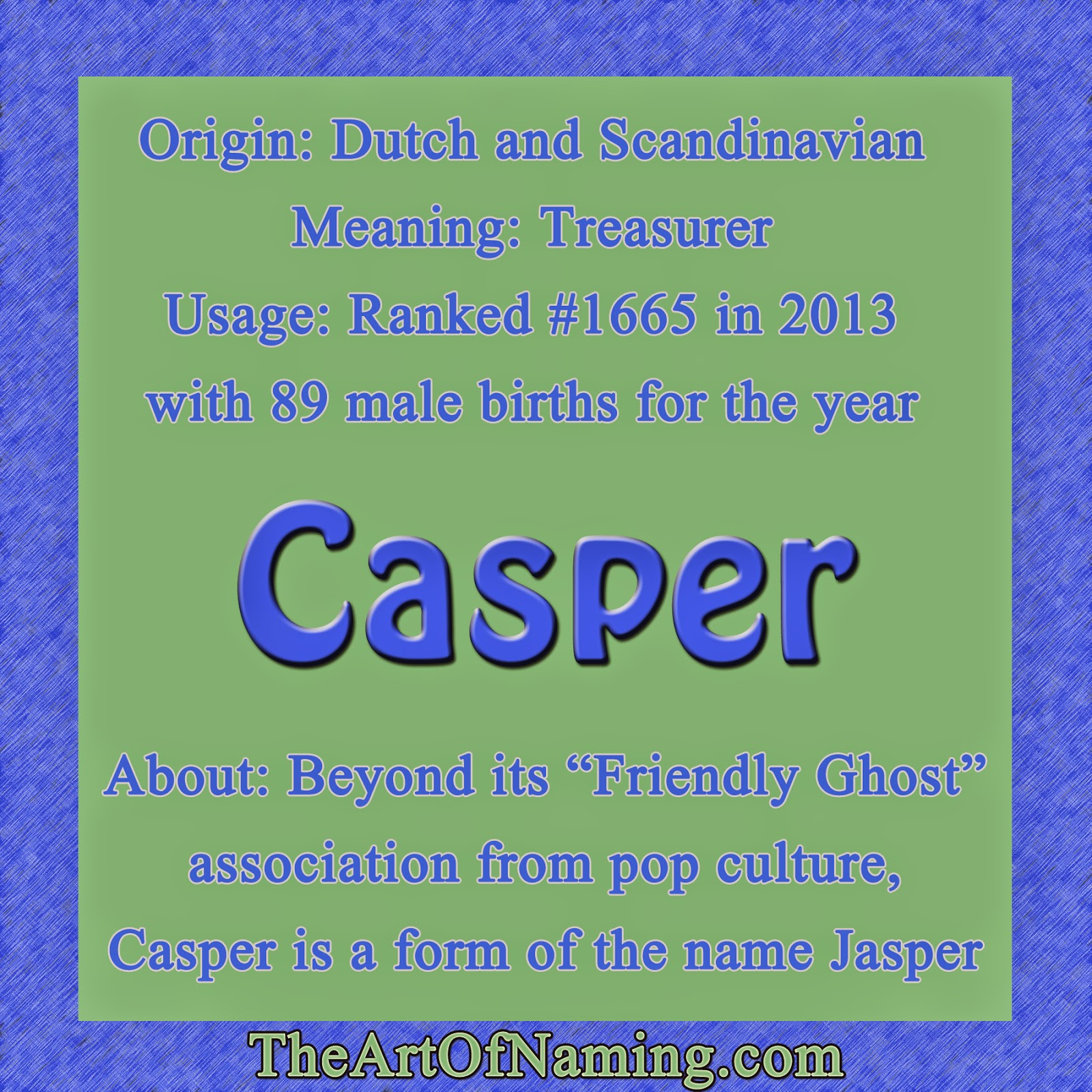 Beyond the ghostly association, though, resides a really fabulous family of names.  Casper is the Dutch and Scandinavian form of the name Jasper which comes from the ancient Hebrew word Gizbar meaning "Treasurer". Gaspar was traditionally the name of one of the wise men who were said to have visited the newborn Jesus Christ.  Other related names include Caspar, Kasper, Jesper, Gaspard, Gaspare, and Gazsi.

Casper is not an unfamiliar name to the ear in the US. However, it isn't being used all that often. It has been consistently used since records began in 1880, but it has never been popular. It was once ranking in the bottom half of the Top 1000 chart, but it fell off of it in 1933. That means it hasn't been high on parents' radars in at least 80 years!

Casper is rather popular overseas, though! It has recently ranked #49 in Sweden, #87 in Norway, #90 in the Netherlands and #346 in England/Wales. I think if old-man Jasper can be stylish again in the US, the cool Casper can be relevant too now that the ghostly image is beginning to fade with time.

What do you think of Casper? Do you like one of the variations better? What middle names would you pair with Casper? Here are a few random ideas that I came up with:

Is the "friendly ghost" association too much still? Share your thoughts on this name in the comment section below!
Written by The Art of Naming at 8:00 AM