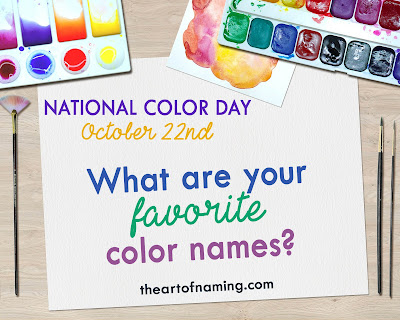 <--- Previous Article: From Amaranth to Violet: A Look at Names of the Rainbow
Written by The Art of Naming at 3:30 AM