The name Ramsey was originally a surname. It comes from a place name meaning "wild-garlic island" in Old English. I came across this name as the name of a town on the Isle of Man. This month's World Wide Wednesday will focus on Manx names. Ramsey is also spelled as Rhumsaa in Manx. 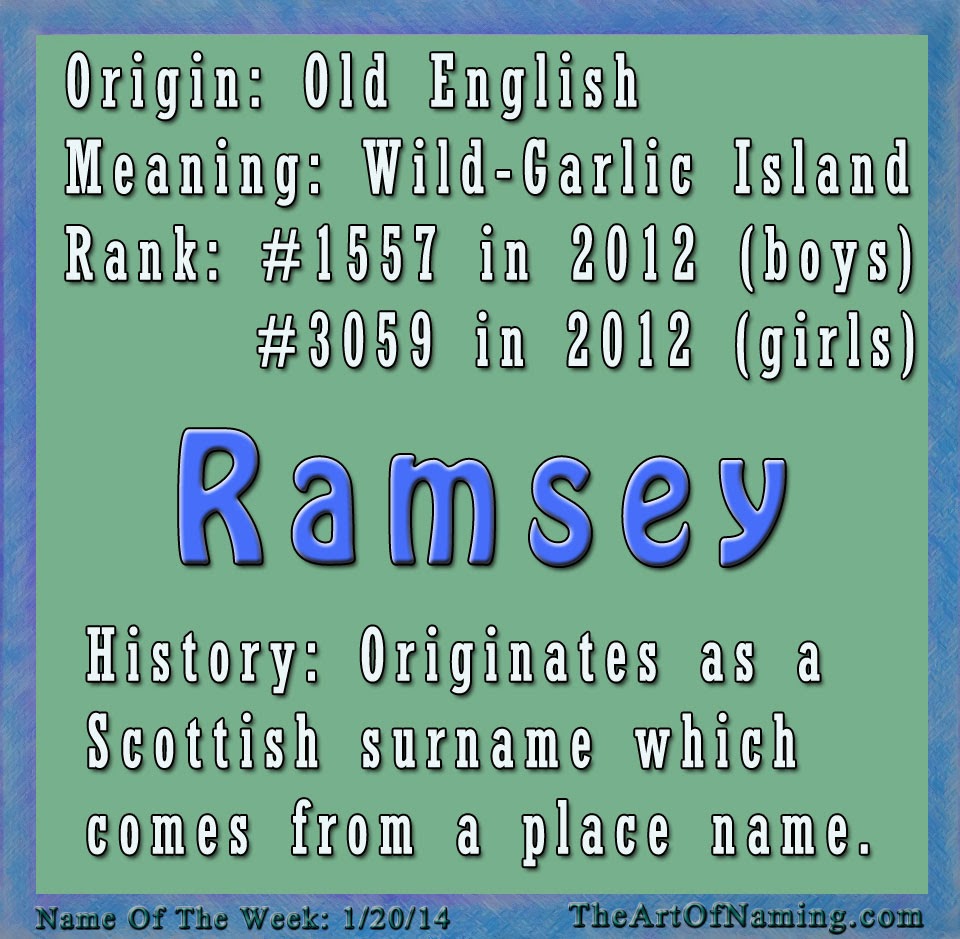 According to Behind the Name, Ramsay is a variant of Ramsey. It is used mostly in Scotland as a surname. According to Nameberry, Ramsay is English and means "low-lying land" but Babynames.com says that Ramsay refers to Raven's Island. Clearly there are some meaning discrepancies around the internet, but despite these two names being so similar, it does appear as though they have different meanings.

The Baby Name Wizard says that Ramsay is a variant of Ramsey and that they are both Scottish surnames that originate from several different place-names. I already mentioned the town of Ramsey on the Isle of Man, but it is also said to come from either Hræm's Island, Ram's Island or Ramm's Island. If anyone has more specific information, do share!

Boy Ramsey began gaining more popularity in the 1970s with its high point being in 1997 with 134 births and a ranking of #976. In 2012, Ramsey was given to 101 baby boys and it ranked at #1557.  It is very nearly a 2:1 boy:girl ratio. I never realized how unisex it is because I've always viewed it as a masculine name. I think Ramsey looks better for a boy and Ramsay would be cute on a girl, however there have only been 29 females named Ramsay in US history, and Ramsay is much less popular for boys than Ramsey. Just compare the two!

Which spelling do you prefer? What would you pair with this name?