As we look at celestial names this week, there's no better name to look at than Atlas. 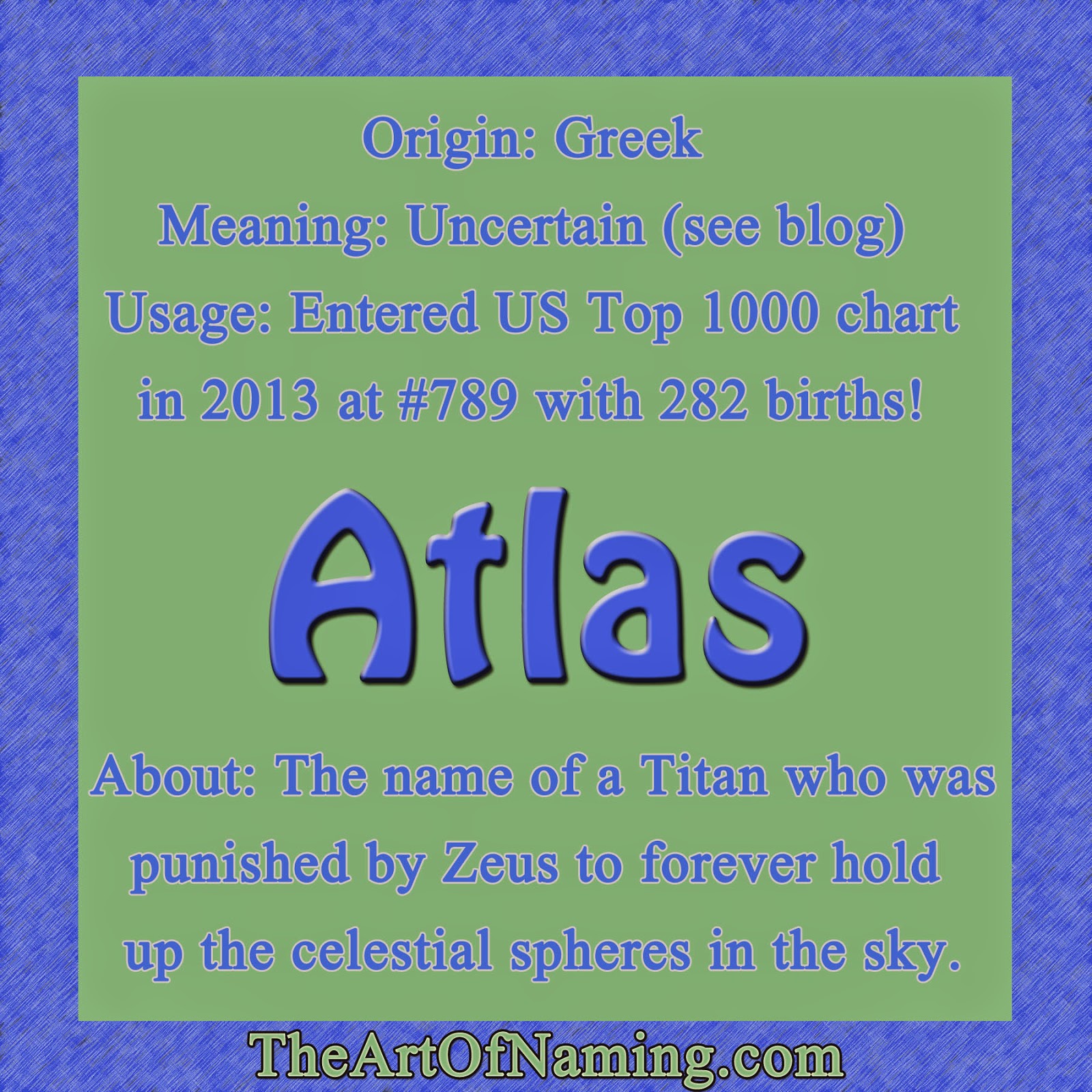 Atlas was the titan of astronomy and navigation in Greek mythology. After the Titans were defeated in war with the Olympians, Zeus condemned him to the western edge of Gaia, or the Earth, where he was then forced to hold the celestial spheres on his shoulders. There are many depictions of Atlas "carrying the weight of the world on his shoulders". There's plenty of history that can be learned about Atlas, but we're here to talk about the name itself. You can read more about the mythological figure here.

As a name, some of the etymology is uncertain, however, the ancient Roman poet named Virgil was the one who defined Atlas. He regularly translated etymologies of Greek names and combined them with appropriate adjectives. In the case of Atlas, he was given the adjective durus which means "hard, enduring". Therefore, the name Atlas has come to mean "to endure", however Behind the Name says that it has a Greek negative prefix α combined with τλαω (tlao) "to endure" that suggests a meaning of "not enduring". It makes more sense to me that it would mean "to endure" though, since Atlas must endure the weight of the sky. Other sources say that it means "to uphold, support" or simply say that it means "a titan". Take from all of that what you will.

This name has been considered too powerful of a name in the past, but I've seen it floating around the baby naming community quite a lot recently. It seems to have become a viable option along with many other strong Greek and Roman names. It even has a little bit of star-power behind it from Hollywood. Anne Heche and James Tupper named their son Atlas Heche Tupper in 2009.

What do you think of the name Atlas? If you're looking for a strong, unique name with plenty of history, this is it! When I think about what other names to pair with it for middle names and sibling names, I can't help but want to stay in the realm of Greek and/or god and goddess names. Here are some ideas:

So what would you pair with Atlas? Leave your thoughts in the comment section below or on Facebook!
Written by The Art of Naming at 8:00 AM