Today is the start of Irish week! We'll explore Irish baby naming traditions on my World-Wide Wednesday segment and learn more about an Irish girl name on Friday. Right now, let's investigate one of my favorite Irish boy names: Cillian. 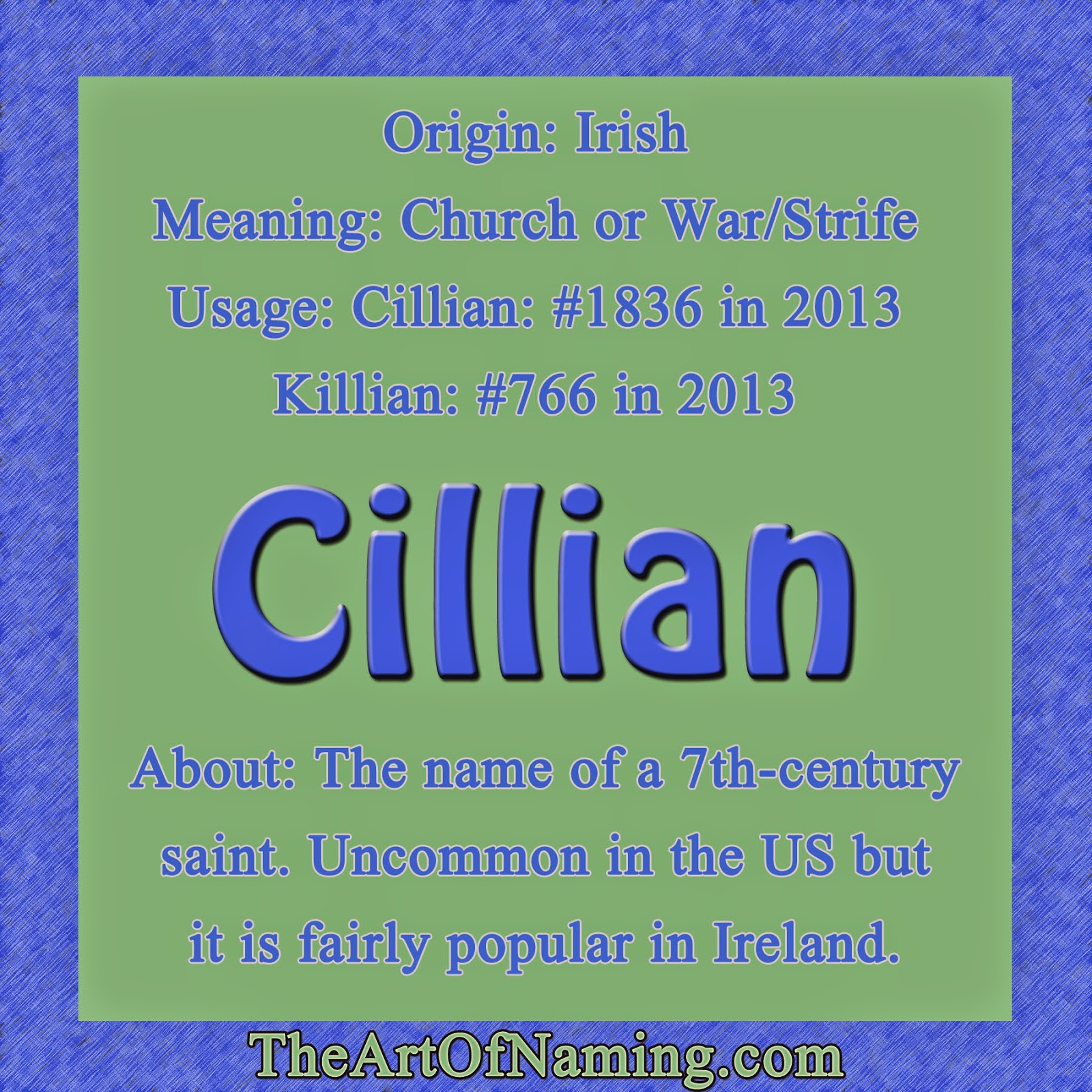 Cillian is pronounced KILL-ee-an which is made more evident with the alternate spelling Killian. Both names are said to come from the Gaelic ceall meaning "church". Other sources suggest that its meaning has something to do with war or a warrior and strife based on the Irish ceallach instead. The name Kelly also comes from the ceallach family tree. Despite sometimes being considered a softer name in Ireland, Americans tend to view Cillian as a tougher name with its meaning and that harsh first syllable.

As far as associations go, there was an Irish saint who was known as Cillian in the 7th-century. A modern namesake is that of actor Cillian Murphy today. There is also the association with the brand of beer known as George Killian's Irish Red. And on television, Captain Hook is also known as Killian Jones on Once Upon A Time.

Cillian is doing rather well in popularity on native soil, ranking at #23 in Ireland and #60 in Northern Ireland according to the most recent data on Behind the Name.  However, in the US, Cillian isn't faring as well as the more obviously pronounced Killian.

Which spelling do you prefer, traditional or anglicized? I'm a fan of Killian, myself. I thought I'd try to come up with a few sibling and middle name ideas. Since they're pronounced the same, I'll just use the one spelling in my examples, but these should work for either spelling if you're in need of ideas:

What would you pair with Cillian?
Written by The Art of Naming at 8:00 AM