Althea is a feminine, Greek Mythological name. It comes from the Greek name Αλθαια (Althaia) and might also be related to the Greek αλθος (althos) which means "healing". Most baby naming sites say that this name means "with healing power" or that it refers to the Althaea genus of perennial herbs including the marshmallow plant which is noted for its healing powers. 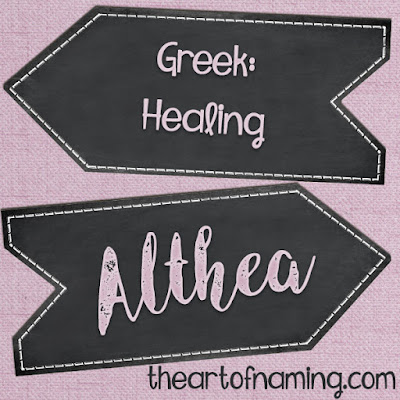 In Greek legends, Althea was the mother of Meleager. Behind the Name says "soon after her son was born she was told that he would die as soon as a piece of wood that was burning on her fire was fully consumed. She immediately extinguished the piece of wood and sealed it in a chest, but in a fit of rage many years later she took it out and set it alight, thereby killing her son." Clearly this name has some tragedy behind it but it is still interesting and lovely in sound.

In the 17th century, a poet named Richard Lovelace used the name Althea as a poetic pseudonym for his beloved in the poem "To Althea, from Prison". In modern times, this name is most commonly associated with the great tennis player, Althea Gibson, who was the first African-American to win at Wimbleton.

As far as nicknames go, modern parents would probably opt for Thea. I also like the idea of Allie for a small child. 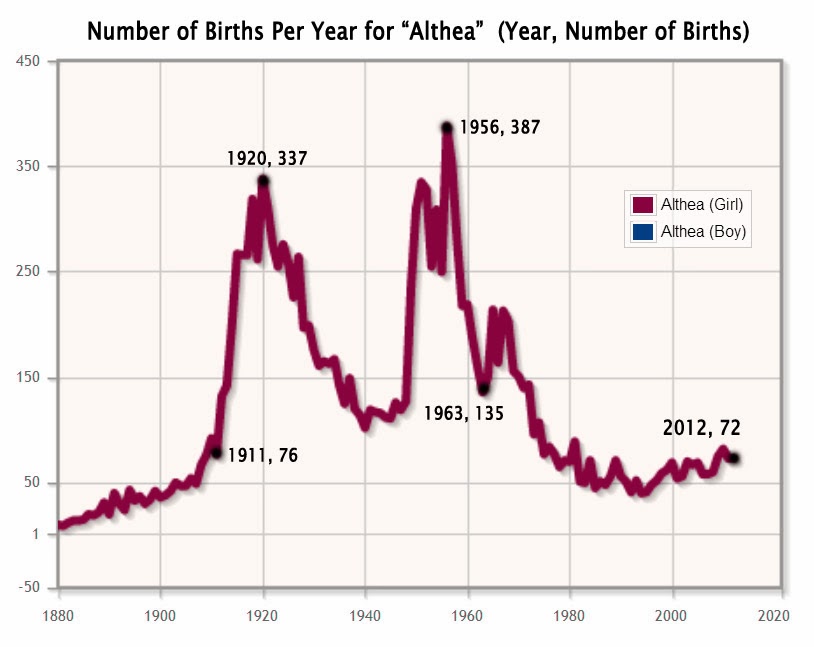 What do you think of this ancient name? Do you feel as though it could be relevant again today?

Share your thoughts on this name in the comments below.

Althea is a gorgeous name! I know the mythological figure is tragic, but its literary use makes it seem poetic and romantic.

lovely, but its forever linked to Althea Harper from Project Runway for me :(