The awesome baby name lovers on Instagram and Tumblr have spoken! When polled about which German name I should feature for my World-Wide Wednesday segment, Alaric was the clear winner for the boys! The girl name is coming on Friday! 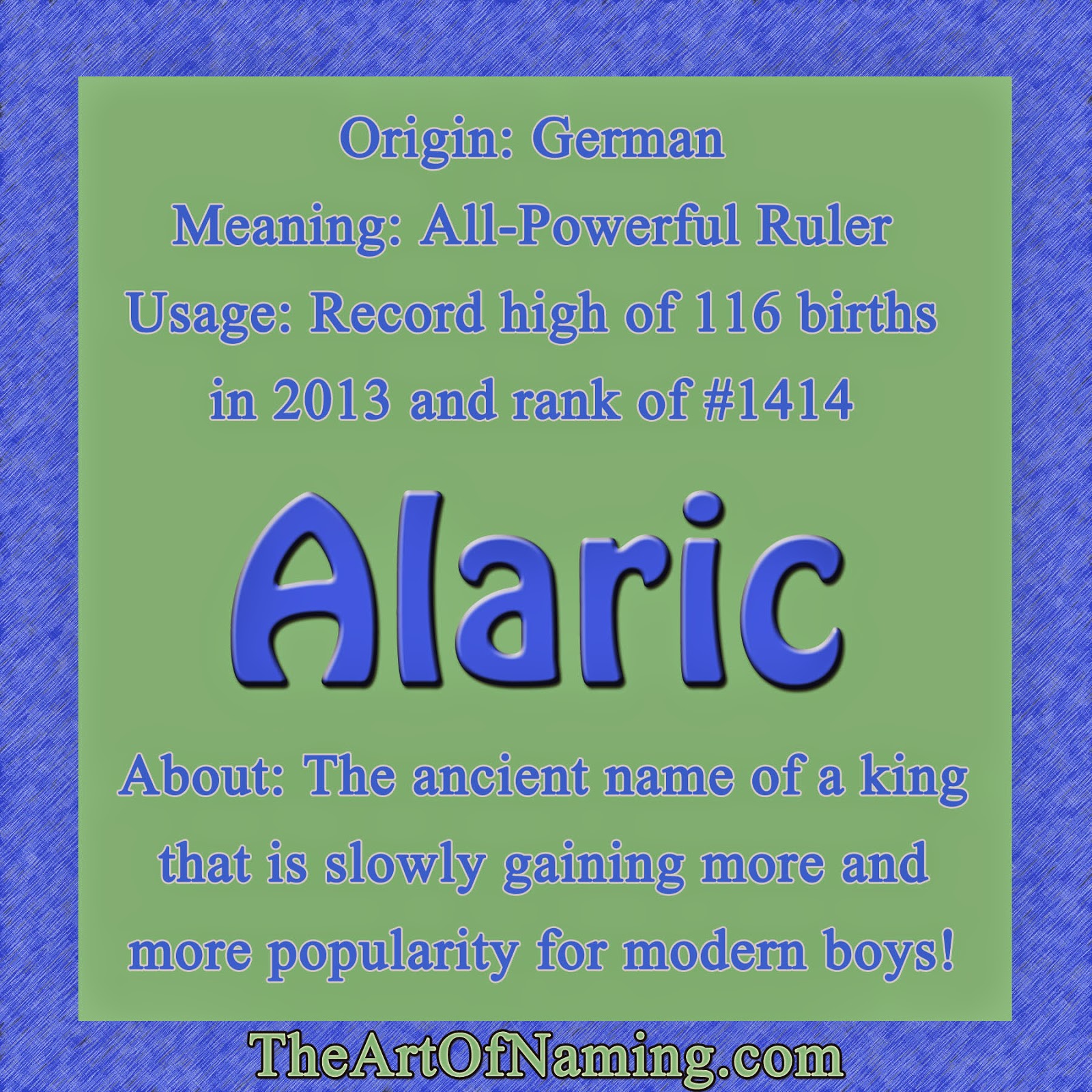 Alaric is an Ancient Germanic name meaning "Ruler of All" or "All-Powerful Ruler".  It comes from the Gothic name Alareiks and is derived from the Germanic elements ala "all" and ric "ruler, power".

In history, Alaric was the name of the king of the Visigoths who sacked Rome in the 5th century. Because of this king, the name has a very ancient and regal feel to it, but it still has the potential to be a cool, quirky and modern choice for a baby boy today.

This name is still flying under the radar in terms of popularity. I've seen it discussed many times on forums but as far as actual usage goes, it is rare!

It first appeared in the US in 1949 and it took another ten years to catch on regularly. Alaric is just now coming into its prime! It hasn't had much love until recently with 88 births in 2012 and a record-high 116 births in 2013 for a ranking of #1414. I think Alaric could potentially break into the Top 1000 in the next decade. It seems to be a growing favorite!

Alaric is a bold and strong name on its own, but it also has the nickname possibilities of Al, Ric, Ricky, Lars, Alec, Alar and Aric. It is typically pronounced AL-er-ic, just like it looks, but this name is used on the TV show The Vampire Diaries and is pronounced as uh-LAR-ik.  I definitely prefer the typical pronunciation.

What do you think of this name? What sort of middle names and sibling names would you pair with it? Here are some ideas that I came up with:

I tried not to only pair other German names with it, but it was a bit tricky to get decent flow. What do you think? Which names would you use?

Once Upon a Time Baby Names said...

Ugh, I love this name so much. We're expecting in December and this is on my list, with Evander and Cillian.

This is one of my top three boy names.