Since this is "car week", we'll look at the boy name Ford. The Ford Motor Company has been around since 1903 and was founded by Henry Ford. Clearly, the name comes from a surname but it was originally derived from a place name meaning "ford" in Old English. Nameberry says that it means "dweller at the ford". A ford is defined as "a shallow place in a river or stream allowing one to walk or drive across." That makes Ford a nature place name and a surname. 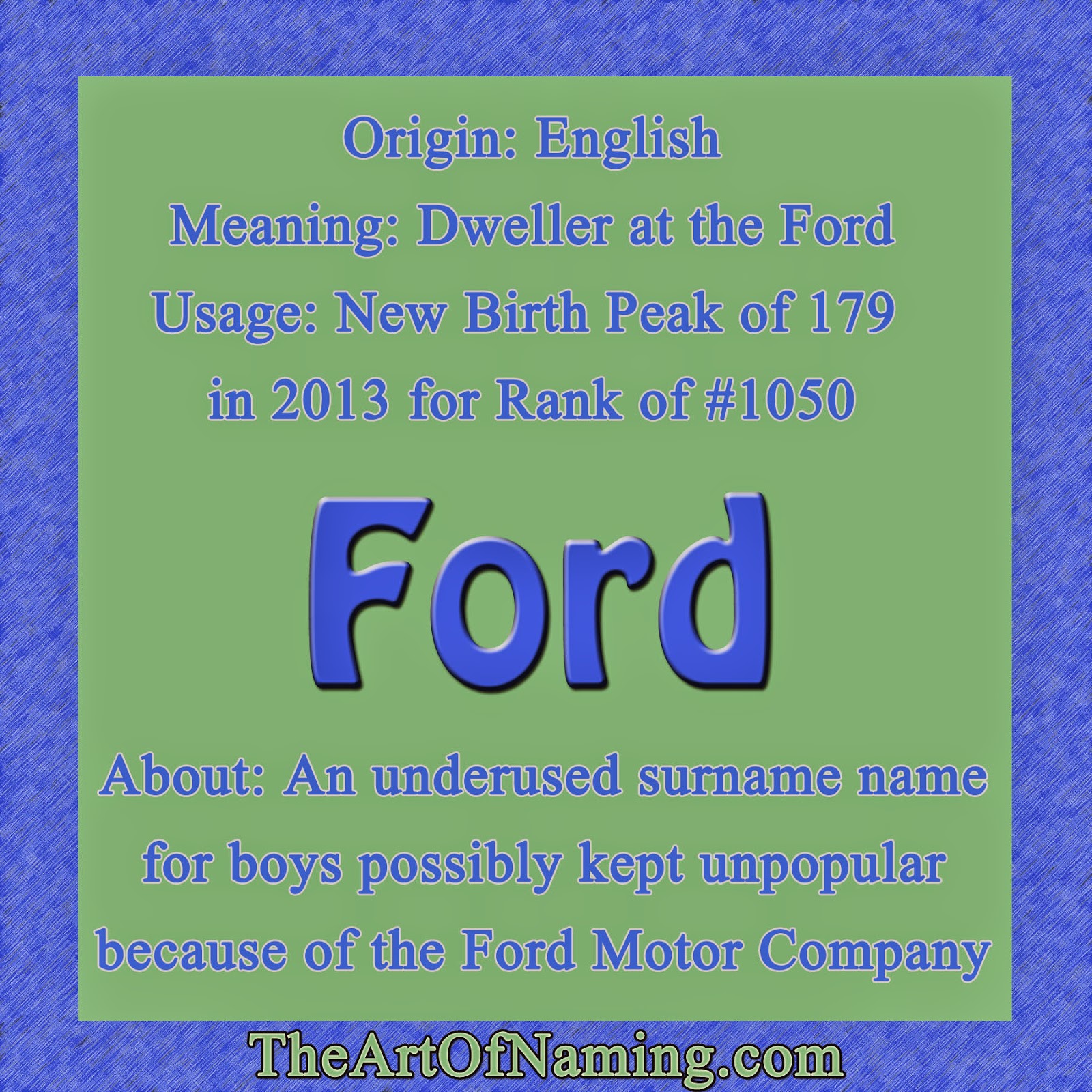 In pop-culture, there's James "Sawyer" Ford from the TV show Lost, and Nathan Ford on the TV show Leverage. There's a character in The Hitchhiker's Guide to the Galaxy named Ford Prefect.  This name seems to be used most often as a surname as opposed to a first name.

In fact, the history of popularity for this name contains very small numbers. The question is, are parents ignoring this name because of the motor company? There are plenty of surnames that have had popularity for boys over the years. Nameberry believes that "the long association to the Ford Motor Company doesn't stand in the way of this being a strong, independent, single-syllable name."  Perhaps Ford just hasn't caught on yet.

Ford as a given name for boys is still a rare gem that modern parents should take advantage of! Otherwise, there are a few names that contain "Ford" within the name that could be used with Ford as a nickname:
As far as using Ford itself as a given name, here are a few suggestions that I came up with for sibling and middle names to go with it:

What would you pair with Ford? What do you think of it as a baby name? Let me know your thoughts in the comment section below or on Facebook!
Written by The Art of Naming at 8:00 AM