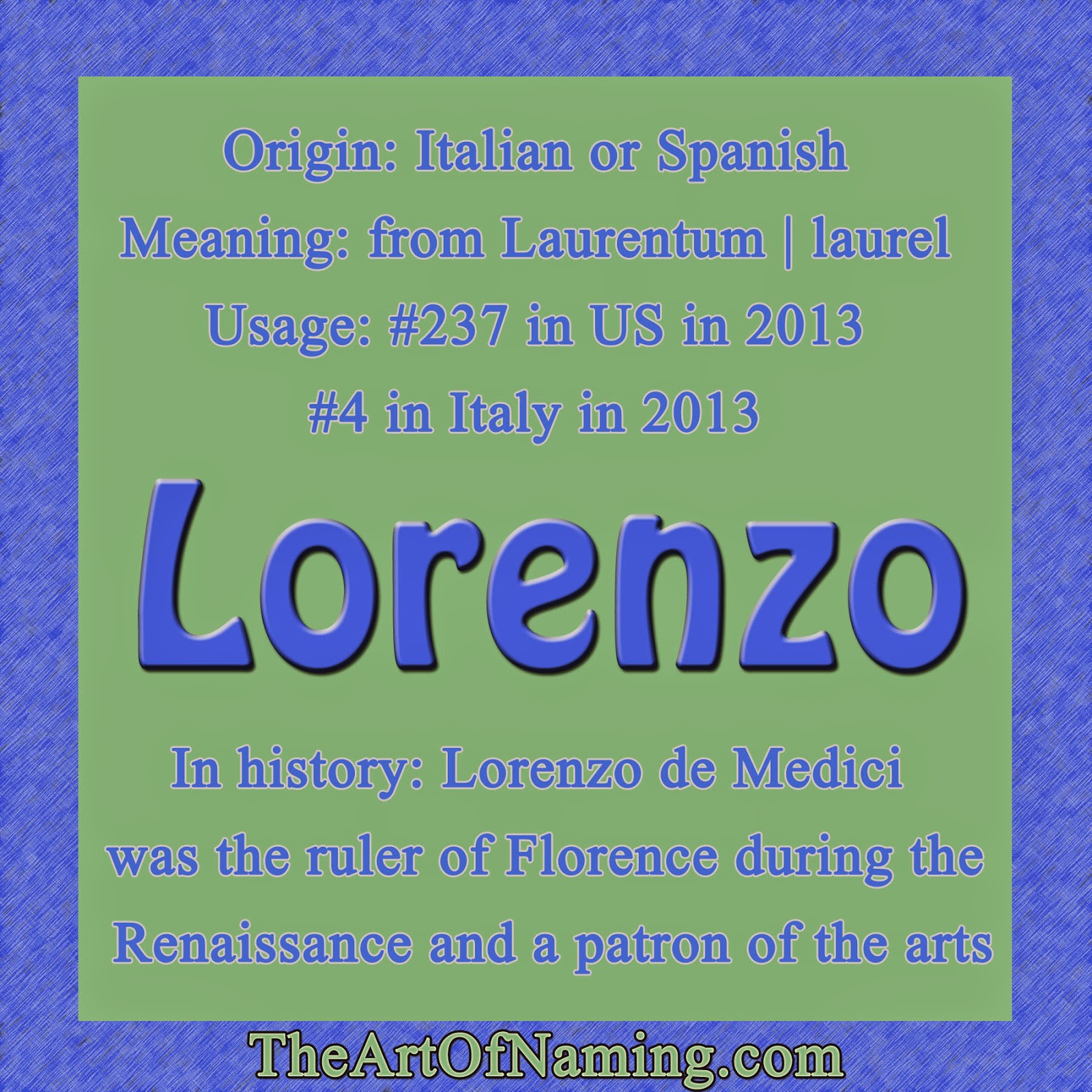 Lorenzo is actually both the Italian and Spanish form of the Latin Laurentius or Laurence. This name means "from Laurentum" which is a city in ancient Italy probably derived the Latin word laurus meaning "laurel".

In history, Lorenzo de Medici was the ruler of Florence during the Renaissance. He was known as the Magnificent and was a patron of the arts. He actually employed great artists such as Leonardo da Vinci, Michelangelo, Botticelli and others. Click here to view other namesakes in history.

Lorenzo currently ranks #4 in Italy and short-form Enzo ranks at #4 in France.  Renzo is another nickname option or even Leo.

This name has always done fairly well in the US too! It is one of those exotic but not too exotic choices that parents love. Since 1880, Lorenzo has consistently ranked in the 200-400 range. As of 2013, it ranked at #237 representing 1,498 total male births.

What do you think of Lorenzo? Which nicknames would you use? What middle name might you pair with it? What would his siblings be named?  Here are a few ideas that I came up with:

As a Middle Name:
Felix Lorenzo
Nathan Lorenzo
Peter Lorenzo
Victor Lorenzo
Written by The Art of Naming at 8:00 AM