Welcome to the week of Romanian-inspired names. On Wednesday you'll see the traditions and customs surrounding birth and baby naming in Romania. On Friday you'll get a featured Romanian girl name, and today you get a boy name!

The male name Constantin ranked in as the #14 name of 2009 in Romania according to this website. I couldn't find much more information beyond that. 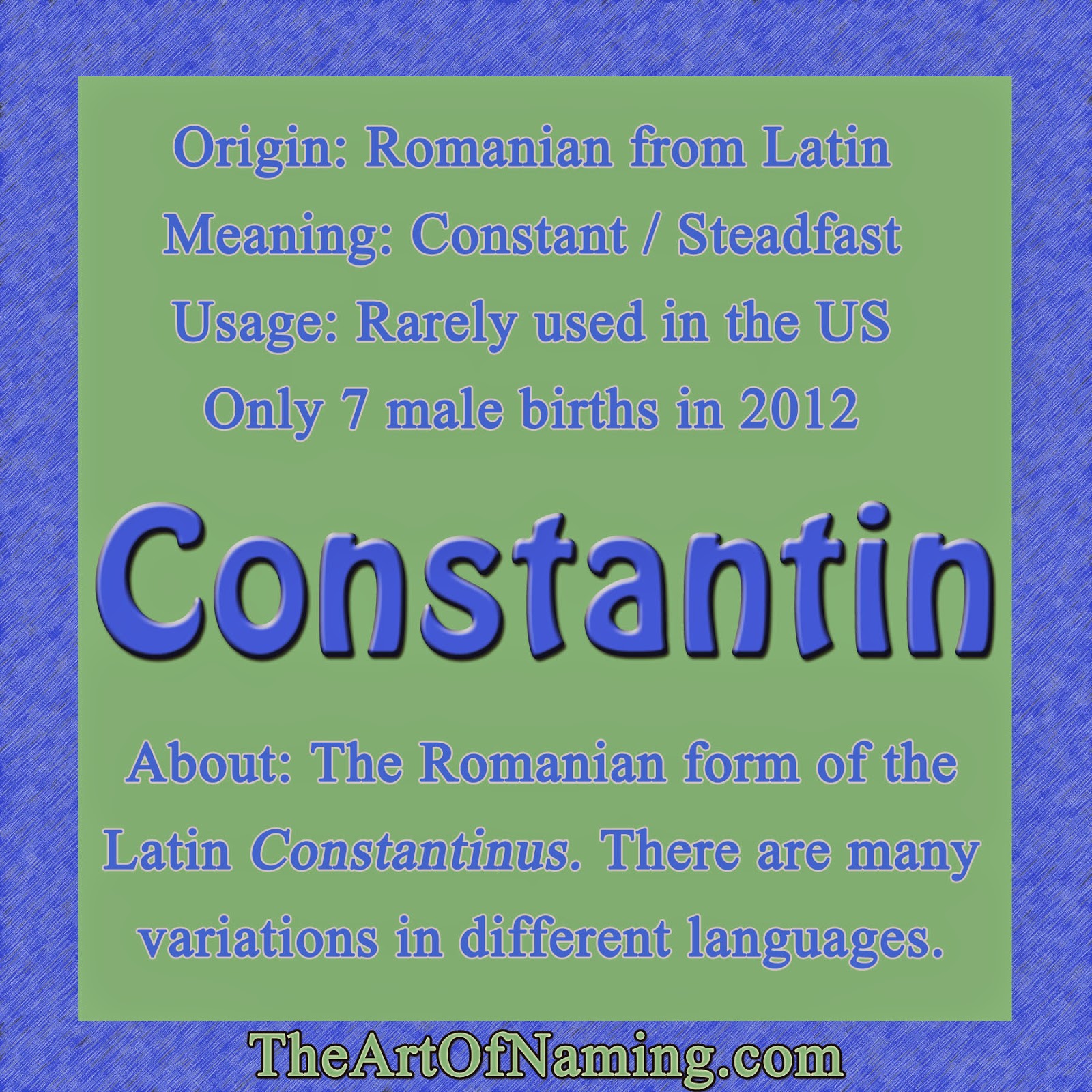 Constantin is the Romanian (and French) form of the name Constantinus. Other Romanian variations of this are Cosatche, Costel, Costică, Costin, and Dinu. Of course, the name The English Constantine is probably most used and most familiar outside of Romania. All of these names are derived from the Latin Constantinus which comes from Constans meaning "constant, steadfast".

The first Roman emperor to adopt Christianity was named Constantine the Great (272-337). He's famous for establishing Constantinople which is now known as Istanbul.  Be sure to view the family tree of all these names related to Constans. There are numerous variations in multiple languages.

Both Constantin and Constantine have previously been viewed as too big of a name for a modern boy, but along with the rise of other big Latin names, they are now a bit more acceptable for usage! However, obvious nicknames are still a bit unappealing to today's parents, and that is probably the only reason these names haven't caught on well in the US. Nicknames Con, Connie, Stan or Tino just don't fly too well. But using the whole name is definitely a handsome choice. It seems long, but it is only three syllables. How many other three syllable names do you like in whole? Probably a few!

What do you think of these names? Do you prefer Constantin, Constantine or one of the other variations?

Replace Constantin with Constantine for even better flow and pronunciation in the above suggestions.
Written by The Art of Naming at 7:30 AM