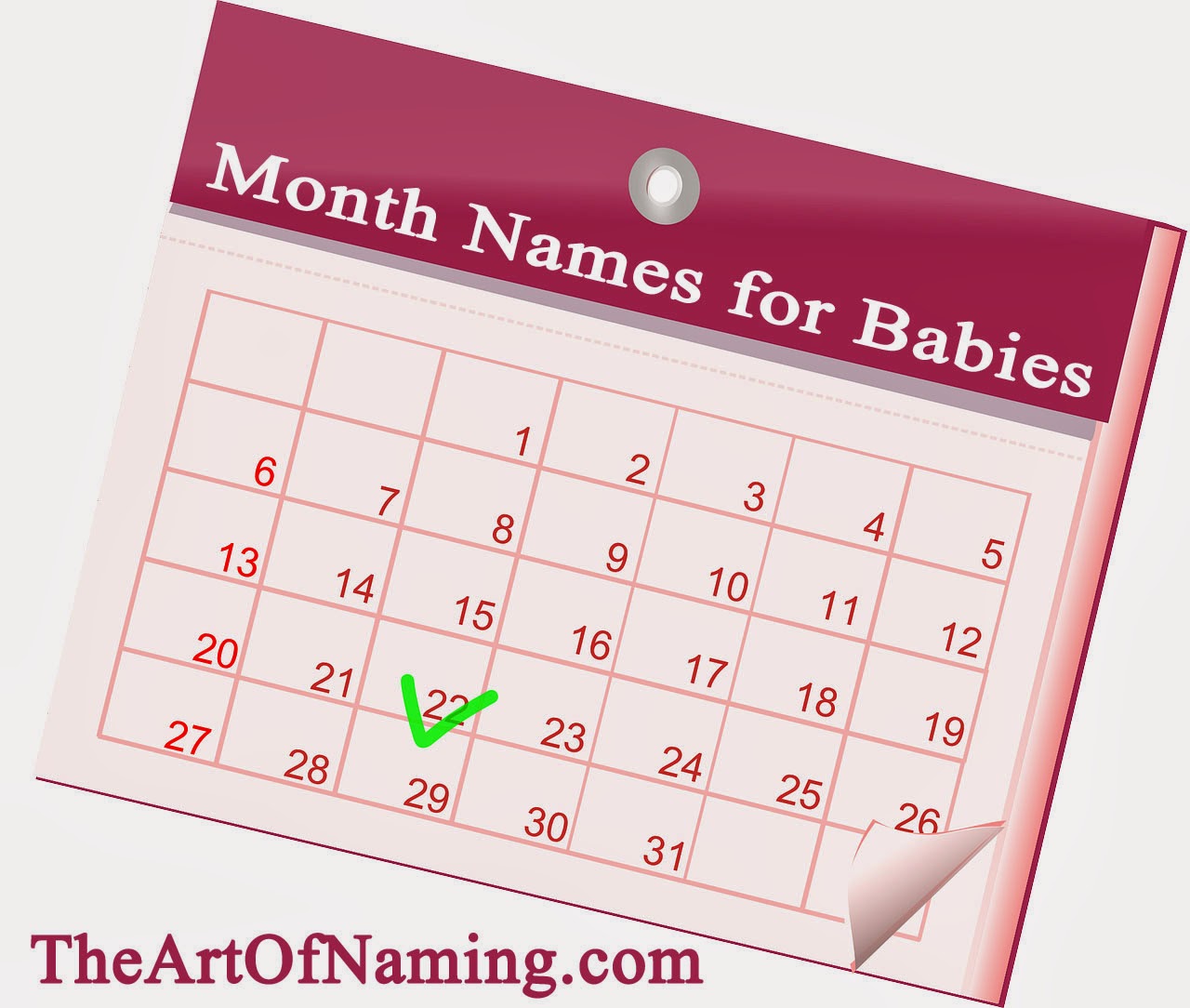 I have seen the question arise quite often lately: "what is your favorite month name?" I believe this question is driven solely by everyone's sudden interest in the name August.

And as you'll see below, this name has come back to the forefront very quickly after not being seen much since its heyday in 1915. It is also pretty much the only logical boy option and parents are quickly falling in love with it.

The majority of these names are ruled by girls, the most obvious choices being April, May and June. However, you may find it interesting that 11 of the 12 months have been used many times over the years. Read below to see which month gets no love and which months are the most popular:

February:
Our shortest month has never had any recorded usage as a name for boys or girls. Parents probably opt to honor St. Valentine instead of the name of the month. Valent- names have had plenty of usage!

March:
March is not currently used as a name but it was used in the past. For boys, It was given to 5 babies in 1900 but wasn't seen again until 1916. It was sporadically given to a handful of babies until usage stopped in 1989.  Girls received the name most often in the 60s and 70s but it hasn't been seen since 1978.

June:
This is surprisingly a unisex name, having been given to both genders every year since 1880. However, it is favored overwhelmingly by the girls. 1925 was June's best year with 6,649 feminine births. It has been on a steady decline since then until it began climbing again in the mid 2000s. 2012 had 710 births and ranked at #435.

October:
Despite the cute nickname possibility of Toby for a boy, nobody has ever thought to do so. There are no recorded male births for the name October, however, it has been used for girls now and then since 1969. 2008 was her best year with 72 births and a rank of #2603. Since there aren't many month choices for boys, perhaps it can catch on for boys soon along with August. Or I can dream at least.

November:
Remember, remember the name of November -- which has only been given to baby girls since 1971 and never to a boy. I suppose it is cuter for a girl if she's called Nova or Ember. Not many agree though. It was only given to 33 girls in 2012, (#4432), which is the most the name has ever seen in one year.

December:
The name December has been given to girls since 1960. It'd be interesting to know if it was given most often IN that month in lieu of Christmas-themed choices like Noelle or Natalie or Holly. Either way, December received a record-high of 46 births in 2012. (#3453)


In the end, August seems to be the only logical month name to give to a boy with the exception of March and July and my own wishful thinking for October nn Toby. The rest of the months are very girl-dominated. By far, April was the name with the most popularity, reaching over 11k births for its peak. And poor little February gets no love!

Which is your favorite month name? Would you ever use one of the months ending in -ber? Let me know your thoughts!
Written by The Art of Naming at 8:00 AM