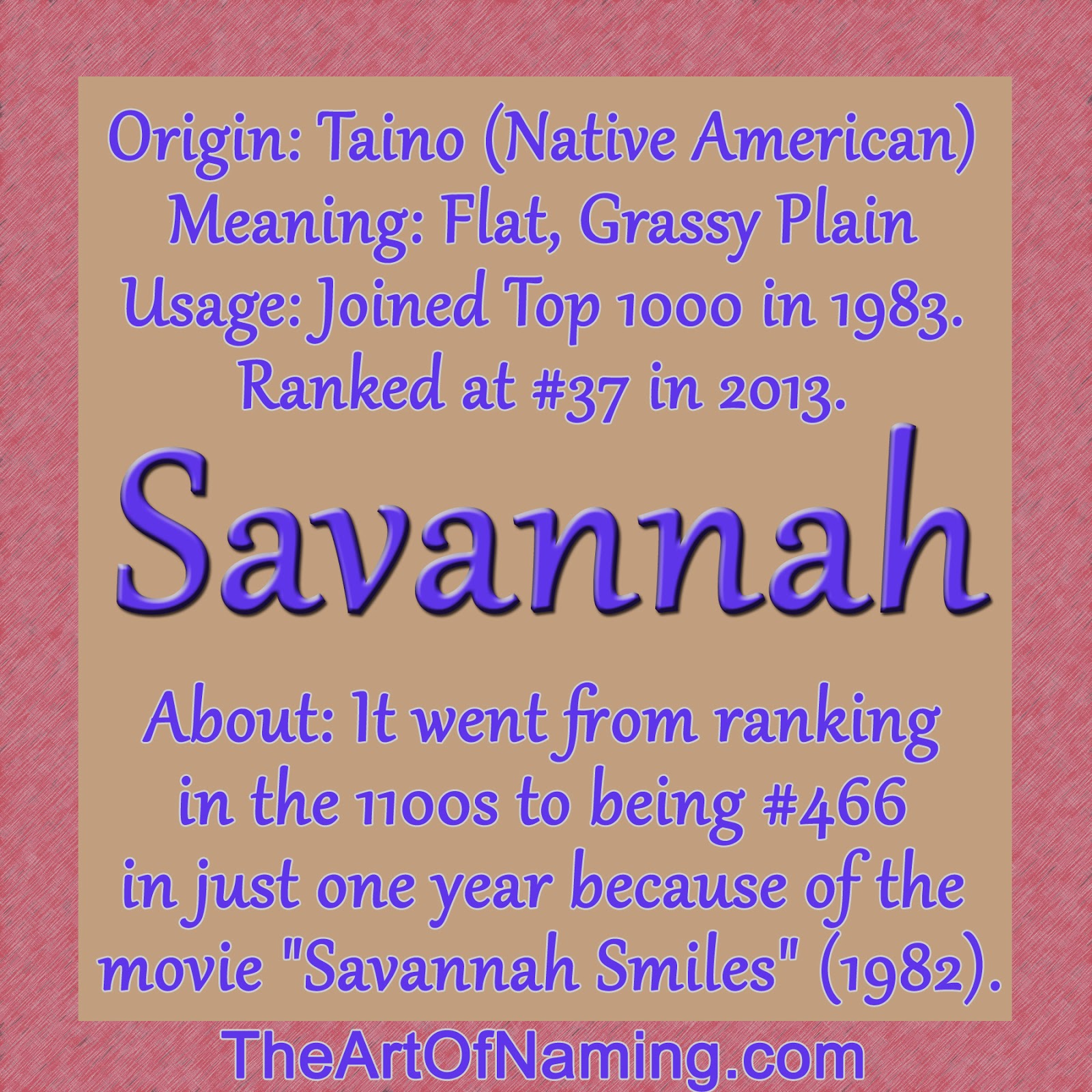 Savannah isn't just a city in the state of Georgia, USA. It comes from an English word that indicates a large, grassy plain. Originally, Savannah comes from a Taino (Native American) word zabana. Variants of the name include Zavanna and Savanna. It's a place name and a nature name.

Savannah gained usage as a baby name in the 19th century. It has also been on record in the US every year since 1880 but its usage was very minimal until it suddenly boomed in the 1980s. This increase in births-per-year is most likely a result of the 1982 movie "Savannah Smiles".

This name is very cute yet classy. It has a elegant vibe to it but it is also a nature name that gives you the image of a grassy plain. It is both sweet and strong and great for a baby, a teen and a woman.

Right now, Savannah feels as though it is a bit underrated. It isn't high on the popularity radar in the active online baby naming community even though it ranks #37 in the country. It ranks down at #207 on Nameberry, which is based on pageviews on their site. It is being used well but at the same time, it isn't being overly talked about which makes it ideal. Even though Savannah is technically popular, it would still be refreshing to hear on a baby today.

What do you think of this name and its cute nicknames like Savy, Sanna, Van, and Vanna? What middle names would you pair with it? What would you name her siblings? Here are a few ideas: