Xenia is a cool and fun choice for a girl. It has that bold letter X at the beginning with a lovely and girlish -ia ending. I have seen it pronounced ZEEN-ee-uh and SEN-ya. 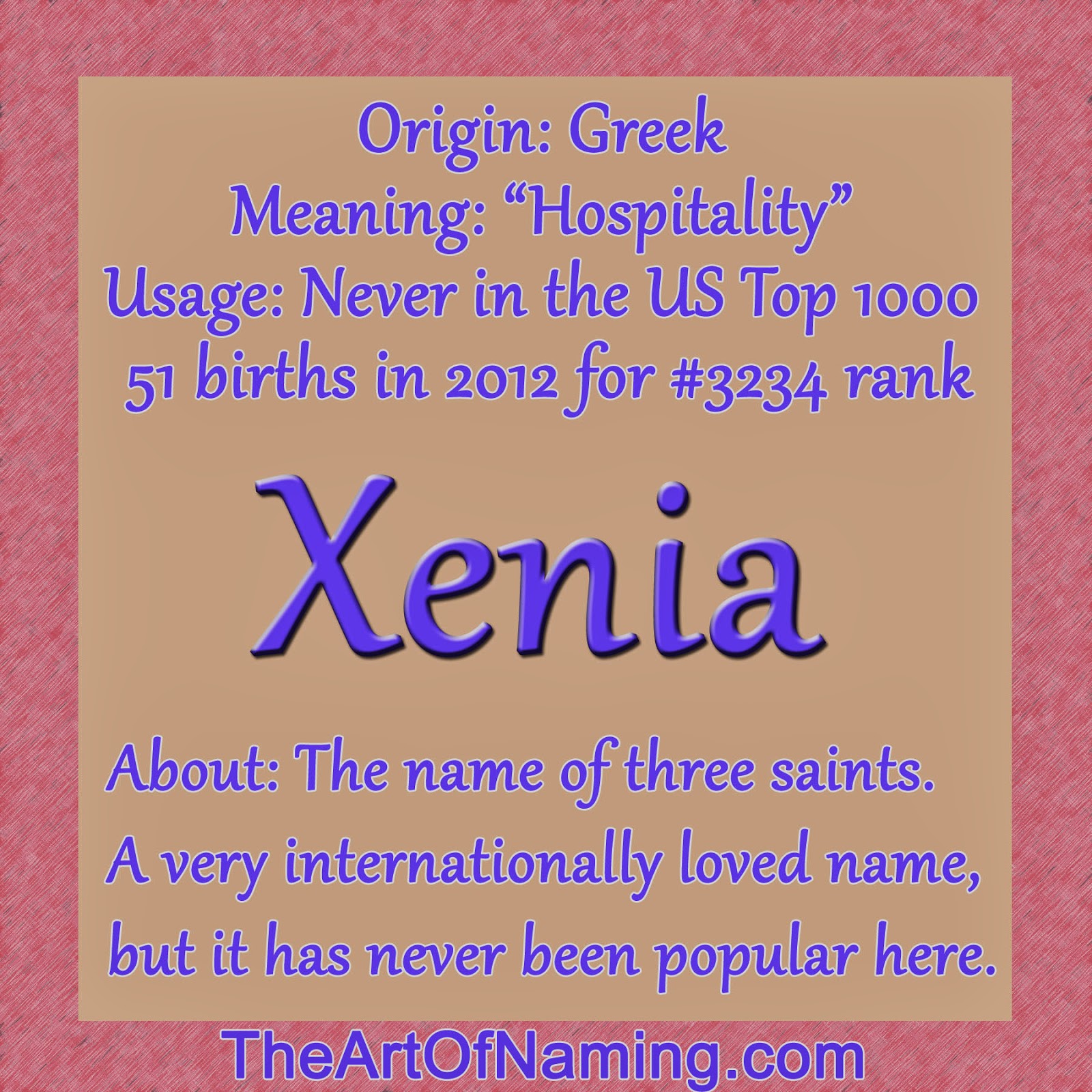 Originally, this name comes from the ancient Greek Ξενια. It means "hospitality" in the language. However, as a word, it is more in depth than that. When translated, xenia actually refers to the Greek concept of the generosity and courtesy shown to guests of the household. This may have also included gift giving beyond the basic shelter, protection and food.

It comes from the word xenos which is used in various forms throughout Greek mythology to explain a person who extends this hospitality to a stranger. Zeus was sometimes called Zeus Xenios because of his role as protector of travelers.

Beyond its fellow Greek variant Xene, this name translates into several languages:


Xenia was the name of a Roman Saint from the 5th-century. There was also a Greek Saint Xenia who was considered a great-martyr in 318. And also the Saint Blessed Xenia of St. Petersburg in the 1700s, a Russian Saint.  In addition to the saints, there are several other well-known Xenias from around the world that you can read about here.  There are also plenty of things and places given the name.

Based on this data, this name will most likely never soar to the top in the US but that makes it a great, under-the-radar choice! It has plenty of history to make it familiar so I would recommend this rare gem to modern parents today!

What do you think of Xenia? Here are some sibling and middle name ideas just in case you love it!:

I really like this name - but I think it might still remind people of Xena the Warrior Princess! :)