Girl Name of the Week: Maeve

The Girl Name of the Week is a short and sweet Irish name in honor of the one-syllable girl names post from yesterday. This name belonged to a legendary ancient Irish queen: Maeve. Today, it is starting to come back into favor with modern parents for both a first and middle name. 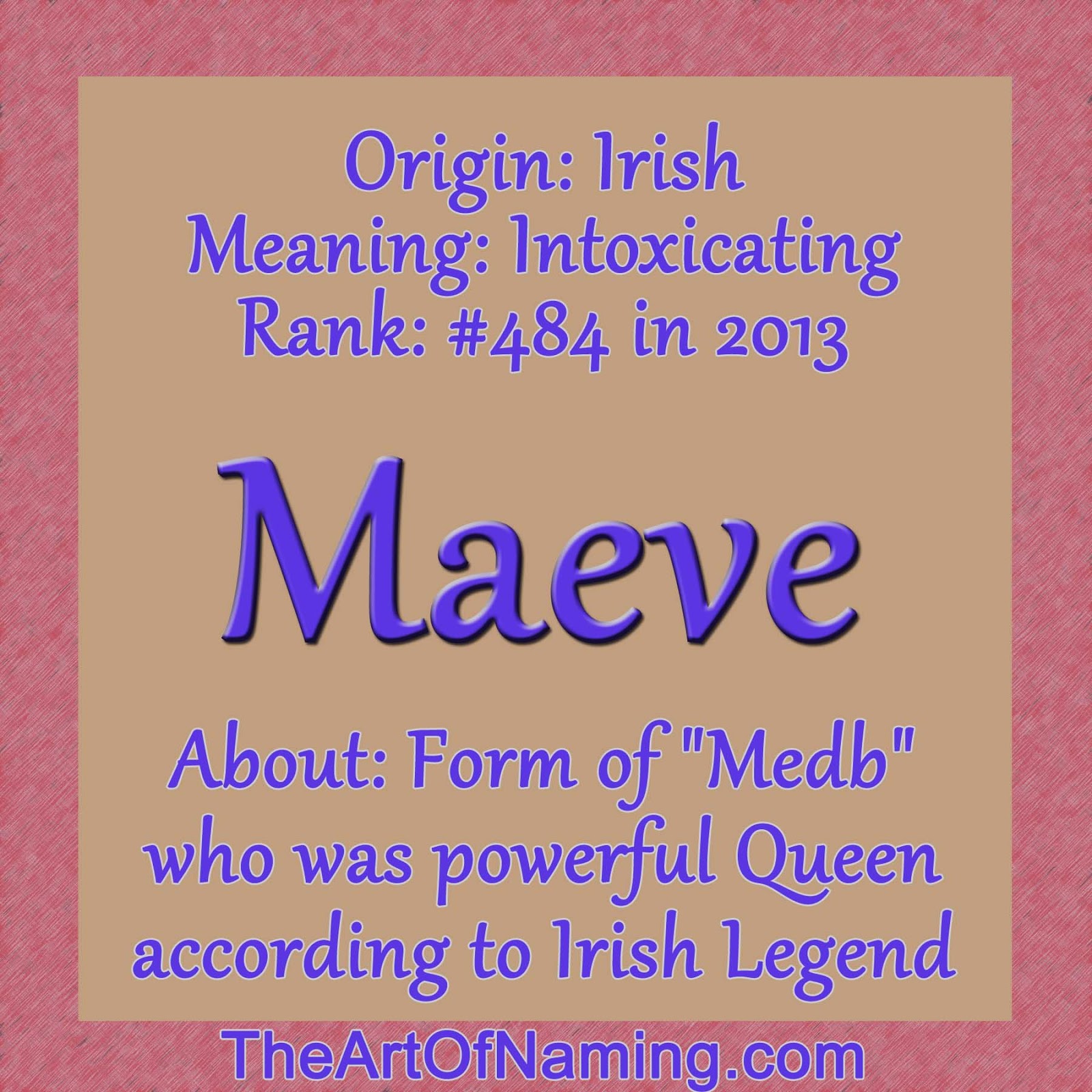 Maeve is the anglicized form of the Gaelic name "Medb" which means "intoxicating". In Irish legend this was the name of a powerful, warrior Queen of Connacht. Her fight against Ulster and the hero Cúchulainn is told in the Irish epic "The Cattle Raid of Cooley."

In Ireland, the Irish spelling Meabh is used more frequently. It is in the top 100 names there, but that spelling isn't recommended for usage in the US. Meabh actually comes from  "Medb" which is the original Irish form of Maeve. Other variants include Meadhbh, Mave, Maive, Mayve, Maeva and Meave. However, Maeve is my favorite.

It is gaining popularity in the US. It has the lovely nickname Mae/May as well as the stylish V sound. Maeve did not appear on [recorded] US birth certificates until 1940 when 8 girls bore the name. It has been rarely but steadily used since then but did not start to gain momentum in usage until the early 90s. Maeve landed in the top 1000 in 1997 at #955, which accounted for 207 births.  It gradually climbed the ranks and sits pretty at #484 in 2013, which equals 620 births.  In Ireland, Maeve ranked at #147 in 2011 with just 15 births.

What do you think of Maeve? If you like it, here are some sibling and middle name ideas:

What name would you pair with it? Share your thoughts in the comments below!
Written by The Art of Naming at 10:30 AM