The latest article featuring The Very Best B Names for Boys and Girls had such a great collection that it was difficult to choose just one. In the end, today's featured name is Bridget. 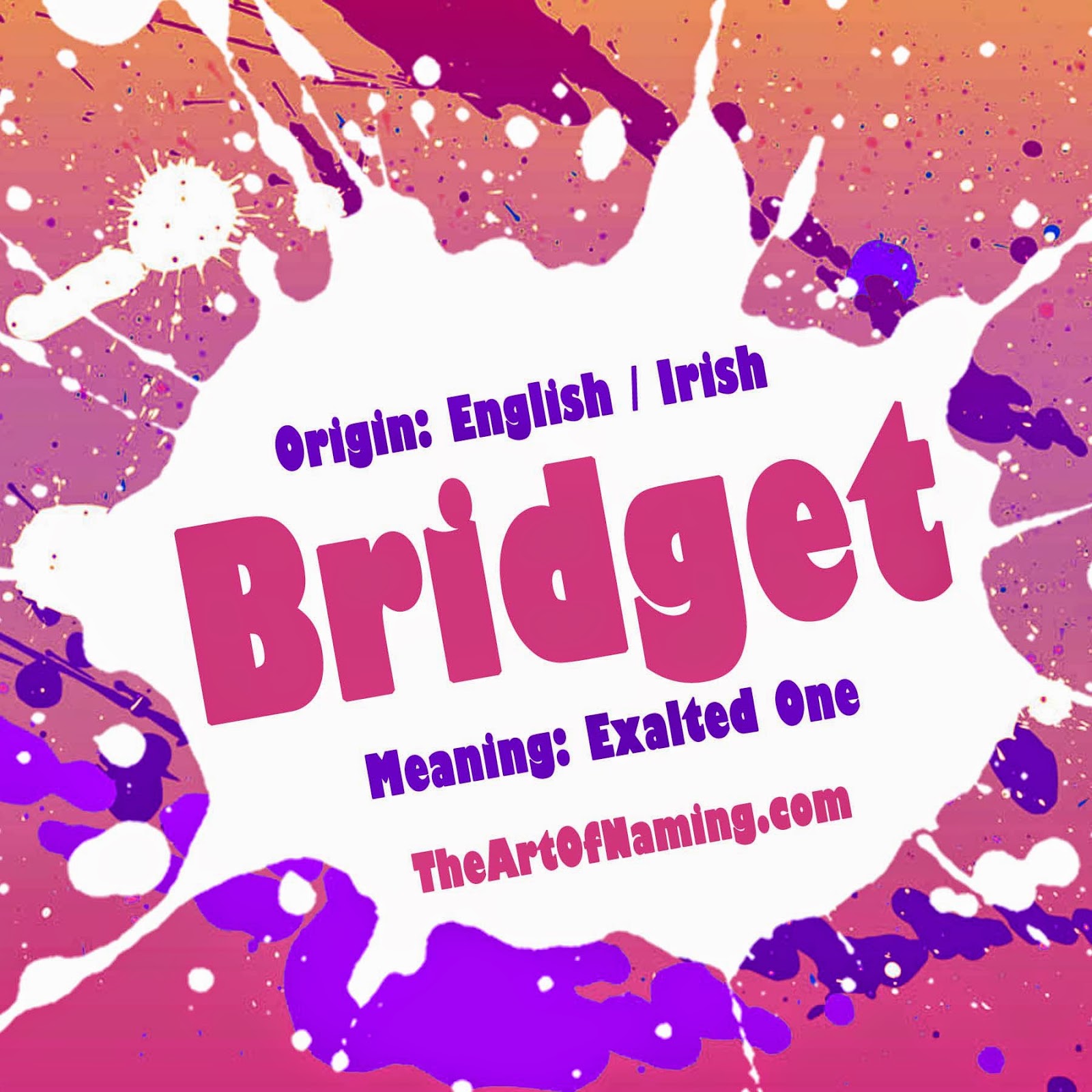 Other spellings include Brigid, Bridgette, Brigit, and Bedelia. Variations in other languages include the Danish Britta, the Dutch Brigitta, the Finnish Riitta, the French Brigitte, the Italian Brigida, the Manx Breeshey, the Polish Brygida, and the Welsh Ffraid among many others.  Were you aware that Bridget was so internationally used?

In Irish mythology, there was a goddess of fire, poetry and wisdom named Bridget or Brigid. It was also the name of Saint Brigid in the 5th century, a patron saint of Ireland.  This saint was so esteemed in Ireland that the name was viewed as sacred and was not used for children. It wasn't until the 17th century that it gained usage, and when it did, it was insanely popular, so much so that its short form Biddy became the generic name for an Irish any-woman. The Scandinavian version Birgitta became common because of the 14th century saint of Sweden by that name.

These days in America, Bridget has been in constant use since before 1880. It began gaining an increase in usage in the late 1940s and climbed even higher up the charts in the 1960s. Bridget peaked in 1973 when the name was given to 2,763 baby girls for a ranking of #112.

Since then, the name has declined in popularity. Bridget ranked at #523 in 2013 with only 564 births for the year. This isn't a bad thing though. If you love the name Bridget, you'll be glad to know that it is growing more and more unique every year and that your daughter would be less likely to have another girl with the same name in her class.

Revision: As of 2016, Bridget ranks at #594 for a total of 506 births.  That is a decrease from the previously mentioned statistics above.

Bridget is a spunky and cute name for a modern girl. Since it is less popular and was never truly overly used in a past decade, it isn't considered "dated". It would still be lovely and refreshing to hear it on the playground today.

Nicknames could include Bee, Biddy, Britt, Bridie, Bridey, Jet, Jetty, Bridgie, Birdie or Bree.  What would you name a sibling for Bridget? Or what middle name would you give her? Here are some ideas for you if you're considering this name:

What do you think of the name Bridget? Or do you prefer a different spelling or variation? Don't forget to vote for one below!

Which variation is your favorite?
Written by The Art of Naming at 8:00 AM