Since tomorrow is Valentine's Day, I chose to feature the lovely name Valentina today! What else would have been more appropriate? 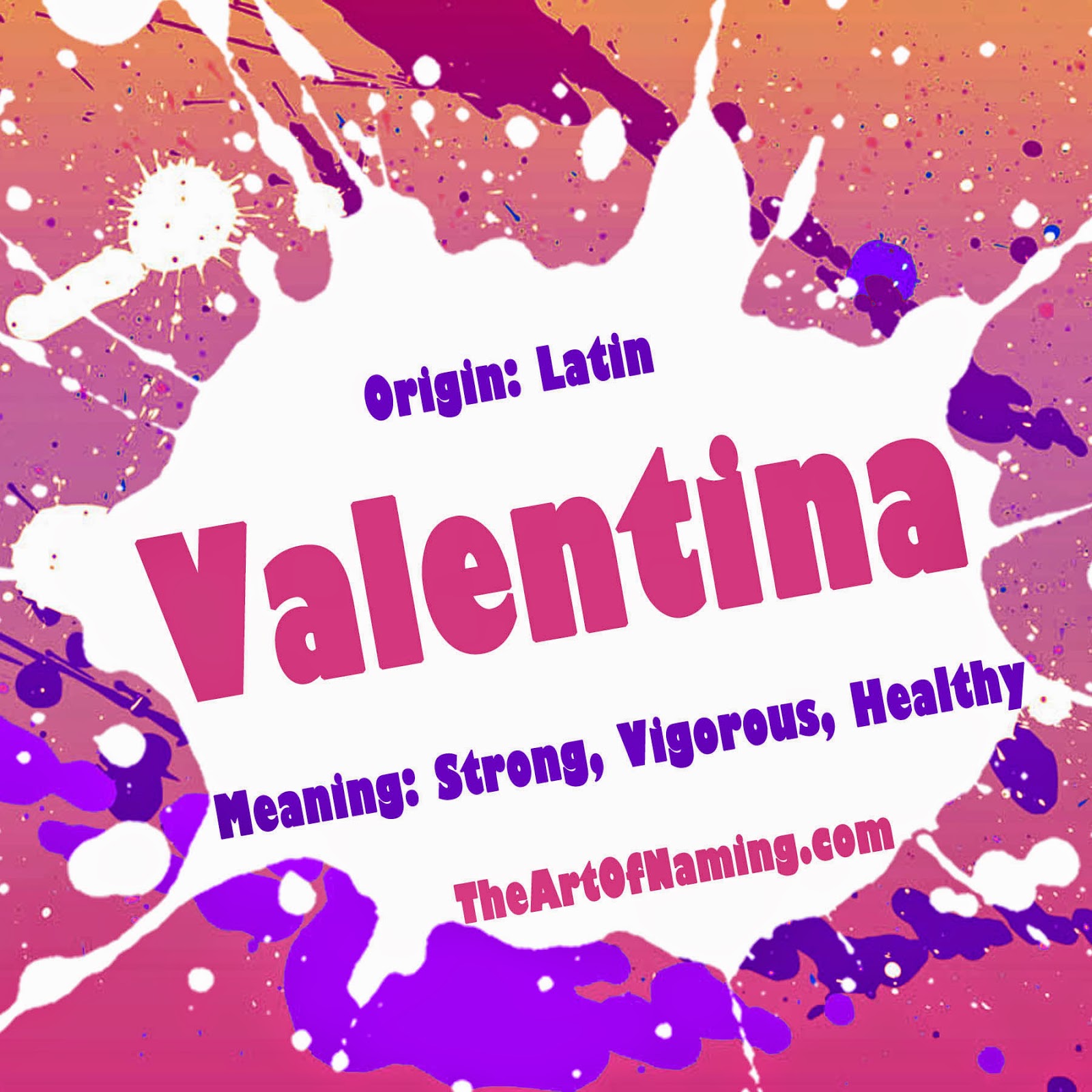 This feminine name comes from the Roman Valentinus or Valens meaning "strong, vigorous, healthy" in Latin. Already this name has a great meaning! What about namesakes?

The masculine Valentine was a 3rd century saint and martyr whose feast day corresponded with a fertility festival, thus forever linking Valentine's day with love. A modern day bearer of the name Valentina is that of Soviet cosmonaut Valentina Tereshkova. You may know her as the first woman to ever visit outer space in 1963. There is also Valentina Cortese, an Oscar-nominated actress, and a few celebrity children with the name.

If you map out the popularity of this name based on the number of births per year, you'll see the line go straight up starting in the 1990s. Something tells me that this name will continue climbing upwards and could possibly join the US Top 100 soon.

This name has usage in Italian, Spanish, Russian, Romanian and more which means that it has ranked fairly well around the world in recent years including #4 in Chile, #11 in Austria, #40 in Spain, #202 in the Netherlands and #340 in England/Wales among others.

What do you think of this name? Would you use Valentina for a girl or do you like Valentine more? What about Valentino for a boy? What would you pair with it? Here are a few ideas regarding siblings for Valentina and some middle name options:

Don't forget to vote for your favorite and share your thoughts in the comments below!

Which Valent- Name Would You Sooner Use?
Written by The Art of Naming at 8:00 AM

Our daughter's name peaked in the 1950s - Marianne (pronounced "marry-anne"). Now expecting our 2nd child, sex unknown, but to our surprise no other 50s names appeal!