Today's featured name comes from this week's list of The Very Best C Names for Boys and Girls! While there are plenty of great C names, Conrad is the one that caught my eye. 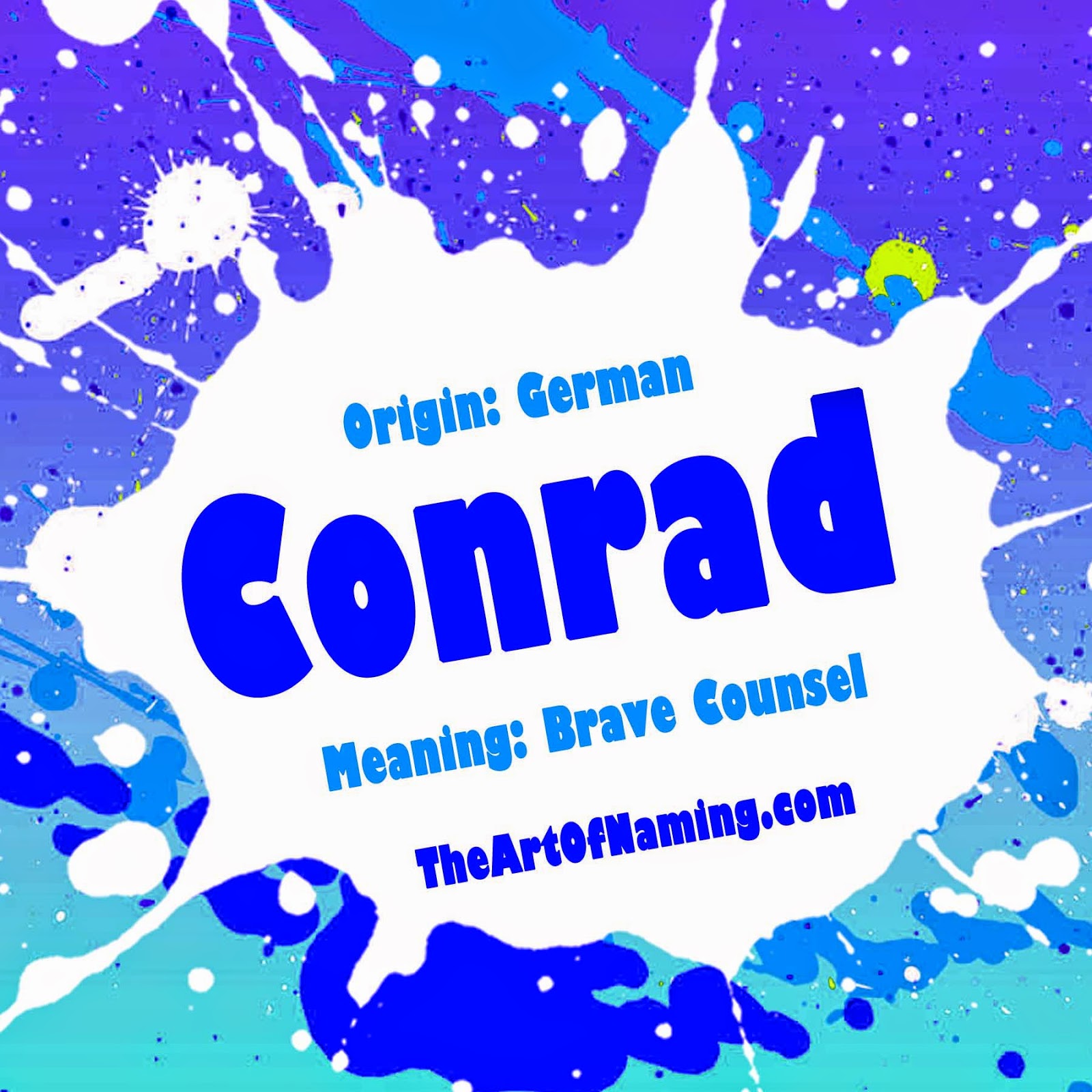 Conrad comes from the Germanic elements kuoni and rad that, when combined, mean "brave counsel".  This moniker comes across as strong and interesting. It is well-known enough to work for a modern boy but it is also rather uncommon which would make it refreshing to hear. As far as Con- names go, it falls into a sweet spot: it is bolder than Connor but not as bold as Constantine.

In history, Conrad is both saintly and regal having been used by a 10th-century saint from Germany as well as several medieval German kings and dukes. England had a bit of love for the name during the Middle Ages but it wasn't common until the 19th century after being reintroduced there by the Germans.

In the US, Conrad has been used consistently every year since at least 1880. It has never been popular though. Its highest peak occurred in 1931 when 585 babies were named Conrad. These days, there were 343 boys born in 2013 with the name for a ranking of #691.

This rad name doesn't have very many nickname options but you could call your Conrad by Con, Connie, or Rad.  If you're interested in this strong and handsome name, perhaps you'll find the following suggestions of sibling names and middle names helpful:

Can you think of any other names that might pair well with Conrad either as a sibling name or a middle name? What do you think of this name? Share your thoughts in the comments below!
Written by The Art of Naming at 8:00 AM