To Honor or Not to Honor: 7 Instances When You Should NOT Use a Family Name 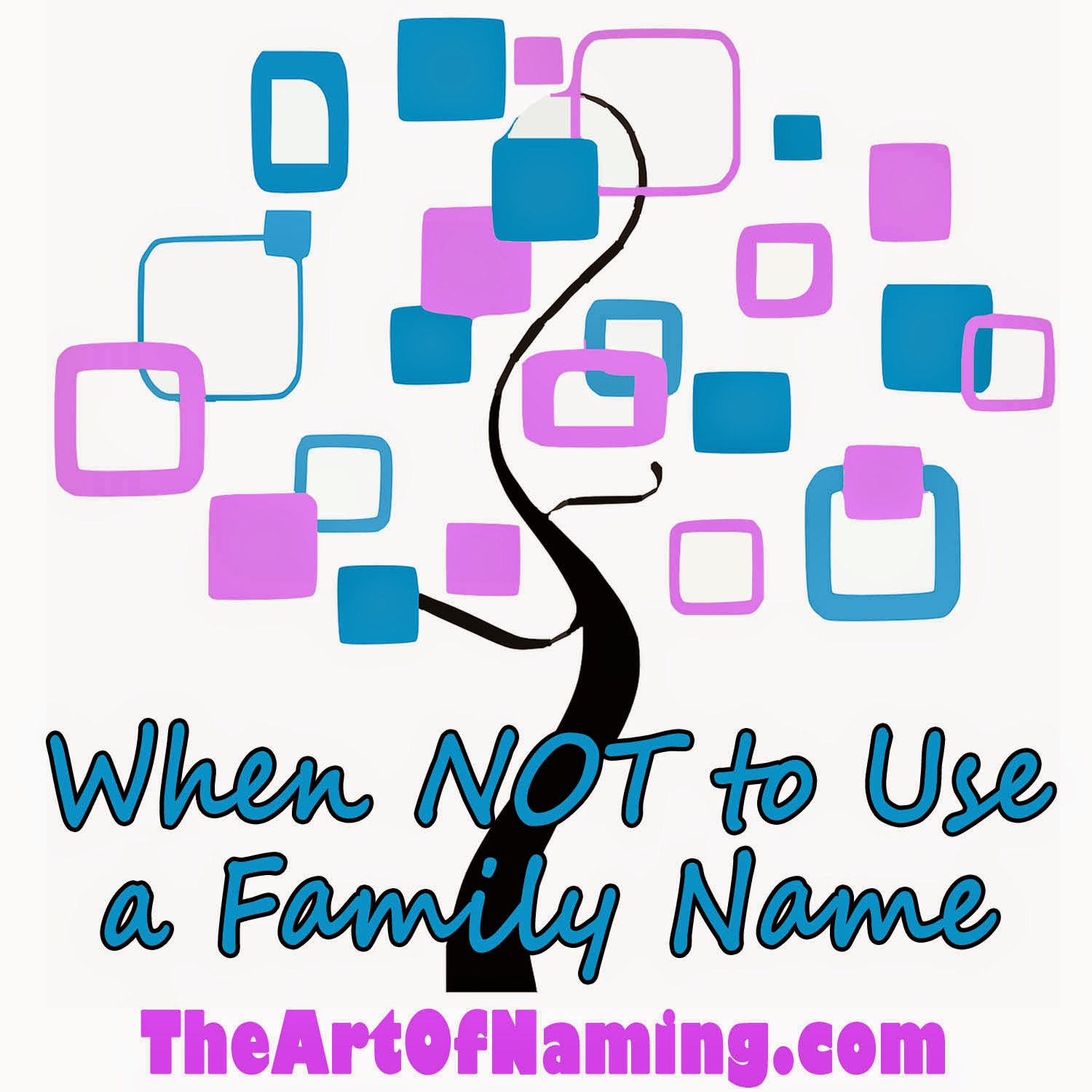 For many years all around the world, it was the norm to hand names down generation after generation. In many cultures, it was traditional to use family names. Sometimes there were even patterns laid out for determining which child gets which relative's name.

Times have changed a bit but even modern parents find themselves considering whether or not they'll honor a relative.

There are times when the honoree is a wonderful role model for the child and passing down their name is natural for the parents. The child gets the chance to feel a connection to their family's past and no doubt that honored relative is thrilled!

However, there are other instances when honoring someone just doesn't feel right. How do you know when you should and when you shouldn't honor a relative? It isn't easy when familial pressure sets in, especially when there are traditions in place that you're expected to follow like if your husband is the fourth, do you have to make your son the fifth or could you break tradition?

I previously described how you could honor a relative even if you hate their name, but this article will help you figure out if you should even bother trying to honor someone at all.

Here are a few reasons why you should NOT use a family name for your child:

You've tried to find a way to twist your relative's terrible name around to become something beautiful but no matter what you try, you still cannot find something that you love that would still honor that person. Now what?

Well, there are some names that are just too odd, unattractive or out-of-fashion to consider. It isn't a bad thing to dislike them. Some names may end up being burdensome on a modern child. It is okay to avoid those ones even if it means that you won't be honoring anyone.

If you were to really discuss this with your relatives, you may be surprised to find that they may agree with your decision to skip using Grandma Bertha's name. Don't fret!

Imagine that you've decided to name your daughter after your mother. When you tell her about it, you're surprised at her negative reaction and she urges you not to do that because she has always hated her own name. You try to explain your reasons but she stands firmly against having a namesake.

Ouch. What can you do?  Since you clearly don't have her blessing on using her name, it may be best to respect her wishes and find another name.  Perhaps mom has a few good ideas and you can involve her in the naming process another way.

You've always loved your grandmother Alice's name and for as long as you can remember you've planned on naming a daughter after her. However, your other grandmother's name is Eunice and your husband's grandmothers are Alberta and Gladys. You love these women just as much as Grandma Alice but you don't quite love their names as much.

Is it better to skip using Alice in order to avoid feeling obligated to consider the names of the other grandmothers? After all, you only love that one name and you don't want to hurt anyone's feelings by seemingly choosing favorites.

Think about how your family would react. If they wouldn't mind that you only use the one name, great! If aunts and uncles start casting in votes for their own names too, perhaps it's time to reconsider.

Typically when you decide to use a family name, it is because you love and respect that relative and want to honor them in this special way. Unfortunately, some families just don't get along due to private issues like dysfunction or various painful circumstances.

It stands to reason that if you've never been very close to your family, you probably wouldn't consider naming a child after them.  If this is the case, it's probably best to avoid using an honor name and choose something that would instead bring love and happiness to your new little family.

Because it's hard to be fair...

You crave symmetry and fairness. If you use a name from your side, you feel obligated to use a name from your partner's side for the next child. You've had your heart set on naming your first son after your grandfather but when you began to ponder names for a future baby #2, you realized that your partner's side of the family doesn't have any decent options that aren't already taken.

The only name you could see yourself settling for belongs to a relative that really gets on your nerves and you don't want your child named after them.  You've searched through middle names, nicknames, maiden names and still you're coming up short.  At this point, it might be better to avoid family names altogether so there are no hurt feelings on either side and you won't end up settling.

There comes a point when relatives begin to offer their ideas about what the baby should be called. There may be old family traditions in place that you're expected to follow and these are never easy to sidestep. It doesn't help that your sister already gave in and named her daughter after your grandmother. Now all eyes are on you.

You wrestle with the idea but you really don't want to follow suit. This is your baby and you want to name it whatever you want! It may be hard to take a stand against tradition and familial expectations but you'll regret it more if you don't.

Because it just doesn't feel right...

You've somehow ended up agreeing on making your son a junior after your husband. At the time, you were happy that your husband was happy but now you're not so sure. Something about it just doesn't feel right. You feel like you're just clicking copy and paste rather than actually giving a name to your child.

Now is the time to speak up. If the name that has been chosen doesn't settle right with you, you can absolutely say something and work toward a compromise that will make you and your partner happy. It is your child! You deserve to love the name you choose!

Have you encountered any issues during your own naming processes? Were you expected to honor a relative? Why did you decide against it? Share your experiences in the comments below!
Written by The Art of Naming at 6:30 AM