To complement our list of The Very Best H Names for Boys and Girls, we will further examine the feminine name Honora. 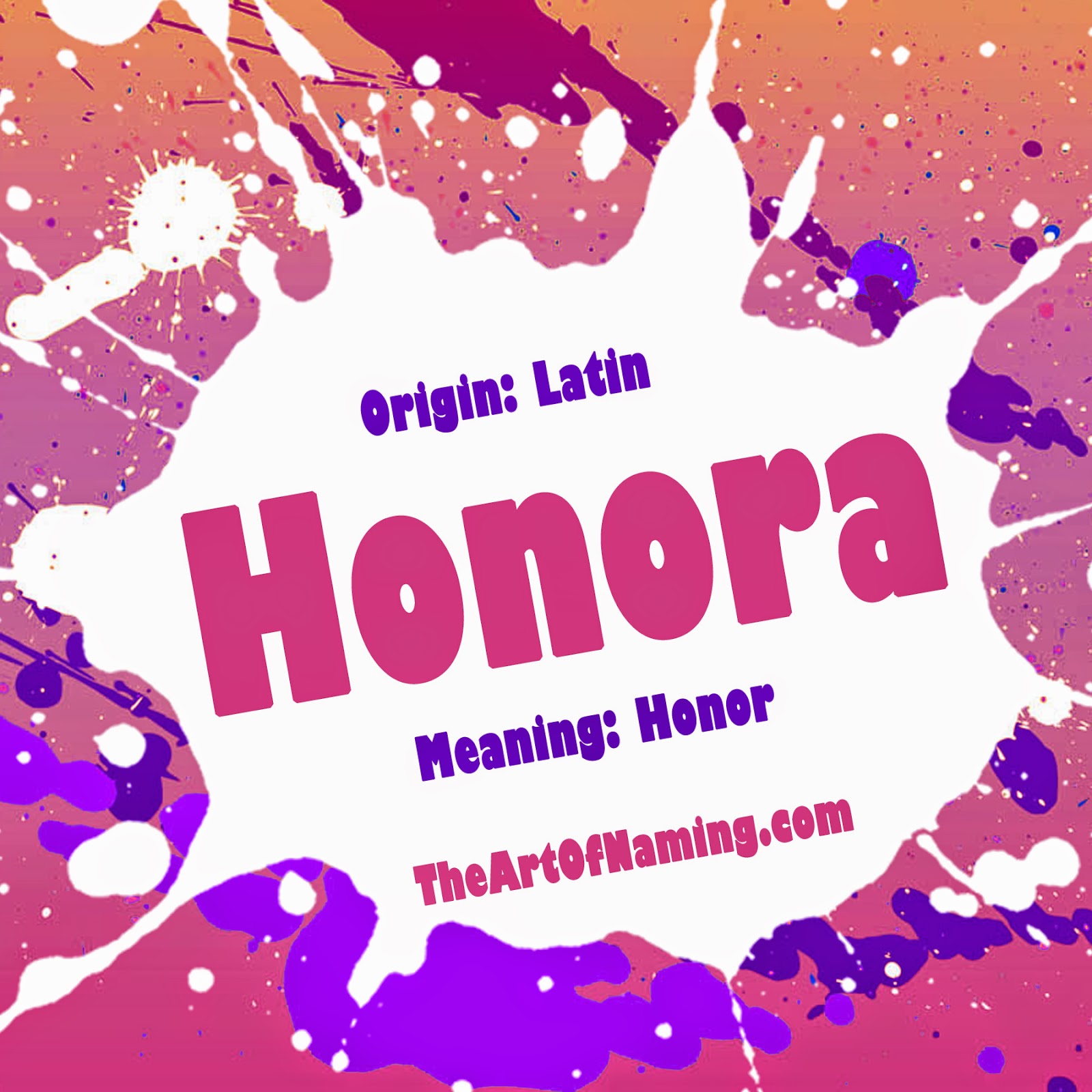 It was the Normans who introduced the name Honora to England and Ireland. Honora is a variant of the name Honoria which is the feminine form of Honorius.

Honorius is a Late Latin name meaning "honor". It has been worn by a few saints and popes as well as an emperor.

In addition to the lovely Honora, there is also the Irish Onóra and the English Annora. Nora is an excellent nickname for all of these, and diminutives include the similar Norene, Noreen, Norah and Nóirín.

While some parents like the shorter and simpler name Honor to reflect its virtuous meaning, others opt for a bit more of an elaboration with Honora or Honoria. These types of abstract virtue names were popular with the Puritans after having been introduced to Britain by the Normans.

Today in modern America, Honora is very under-the-radar. It has been used quietly but consistently since records were first kept in 1880 but it has never been popular. The year 1919 received the most usage for this name in a single year but that only accounted for 28 births. In 2013, there were only 20 baby girls given the name Honora in the US for a ranking of #6282.

The name Honor was a bit more popular. There were 133 girls named Honor in 2013 and there weren't any births on record for the name Honoria.  On the flipside, 64 boys were also named Honor which proves that this virtue name could work for either gender.

If you are considering using Honora, here are some ideas for sibling and middle names:

What do you think about the name Honora? Is it on your list? Don't forget to vote for your favorite variant below:


Which name do you like best?
Written by The Art of Naming at 8:00 AM