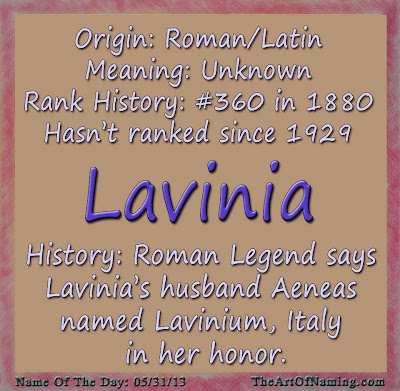 What do you think? Tell me in the comments below!
Written by The Art of Naming at 10:00 AM

This is pretty! Never heard of it! Surprised how old it is