Welcome to Scandinavian Week! You may have seen the polls that I made on the sidebar of the blog and maybe you even voted for your favorite Scandinavian names for each gender. After a tie-breaker, the winning male name was Magnus. 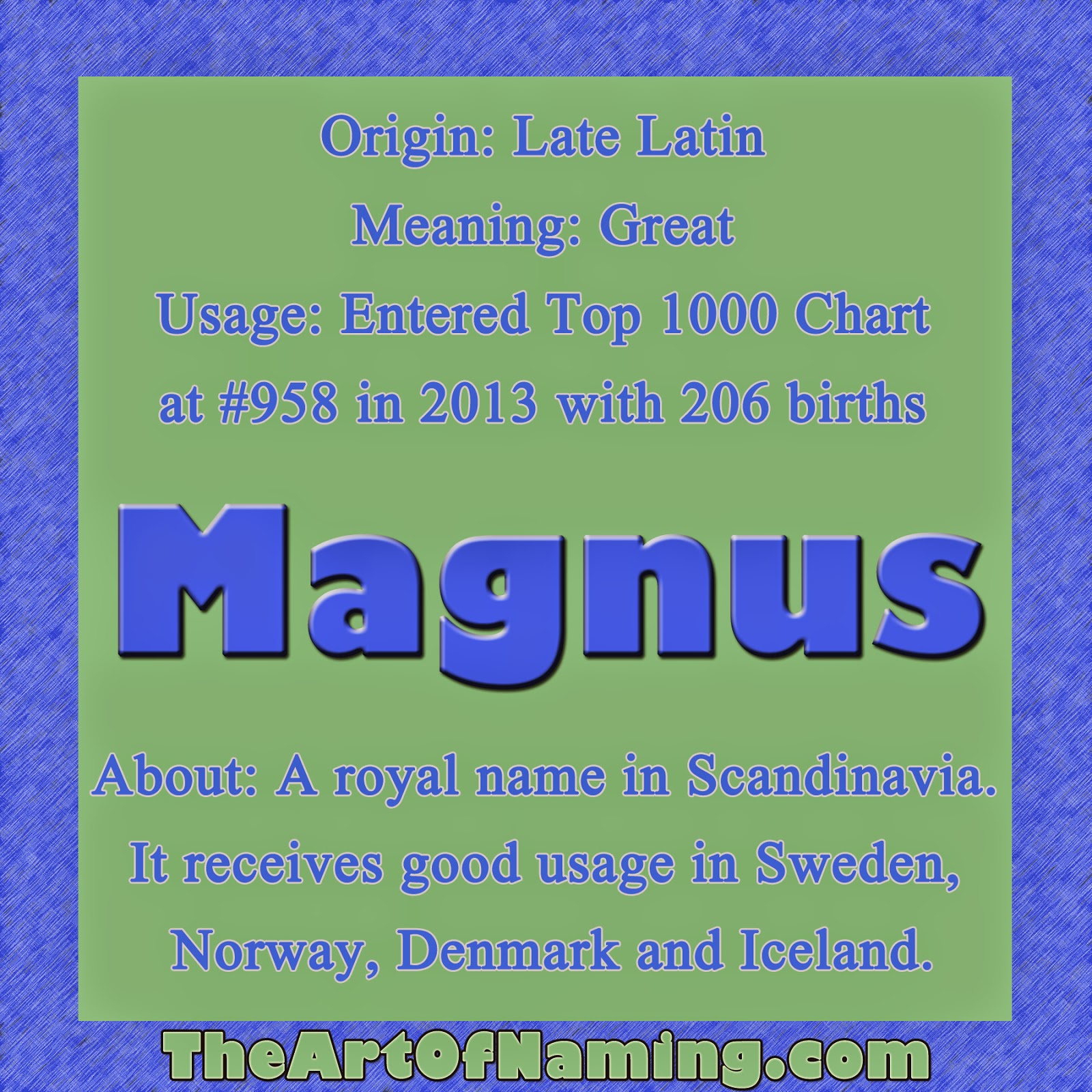 Magnus is a Late Latin name meaning "Great" but it is heavily used by Scandinavians, particularly those from Sweden, Norway and Denmark.  It became popular in those countries because of the 11th century King Magnus I of Norway.

It was said that King Magnus I may have been named after another ruler, Charlemagne, who was also known as Carolus Magnus, or Charles the Great.  Others who bore the name Magnus include a 7th century saint, 6 more kings of Norway, and 3 kings of Sweden.

In the middle ages, the name Magnus gained usage in Scotland and Ireland. Manus is an Irish variant of the name. There's also the Finnish variants Manu, Mauno and Maunu, and the Danish Mogens.

Interestingly, from Magnus sprang forth the Medieval English name Mack which then led to the name Maxwell, which is a Scottish place name then surname.

What do you think of the great Magnus as a baby name? It is a strong, bold choice that will stand out! Do you think it is too bold or would you use it? What's a good middle name?  Here are some middle name ideas and sibling name ideas;

Share your thoughts on the name in the comments below!
Written by The Art of Naming at 8:00 AM

Lovise is a combination of Louis and Louise

I somehow don't think Isis is going to be taking off any time soon :P