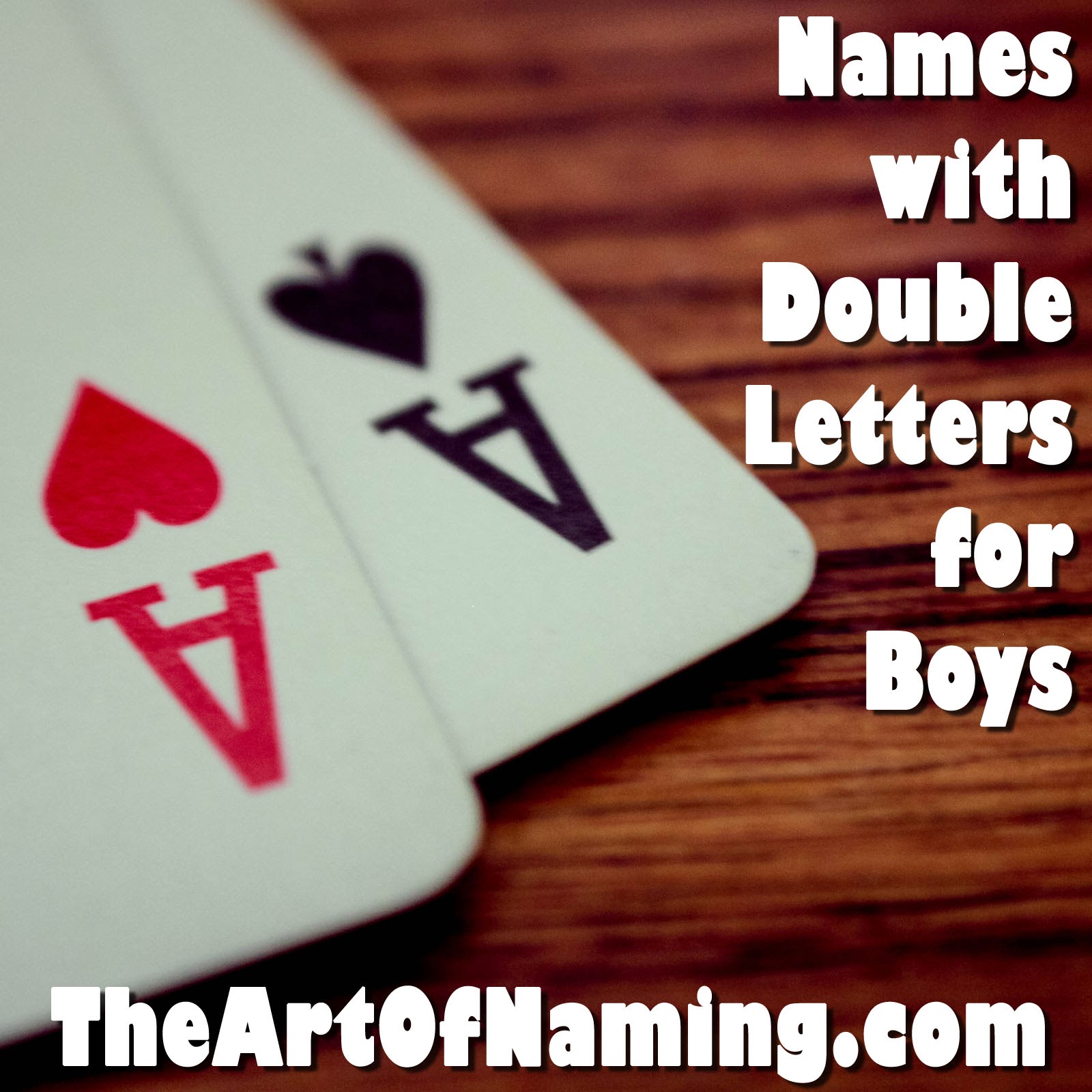 Which of the above do you like best? Can you think of any that could be added? Be sure to check out The Best Double-Letter Girl Names too!
Written by The Art of Naming at 6:30 AM No comments: 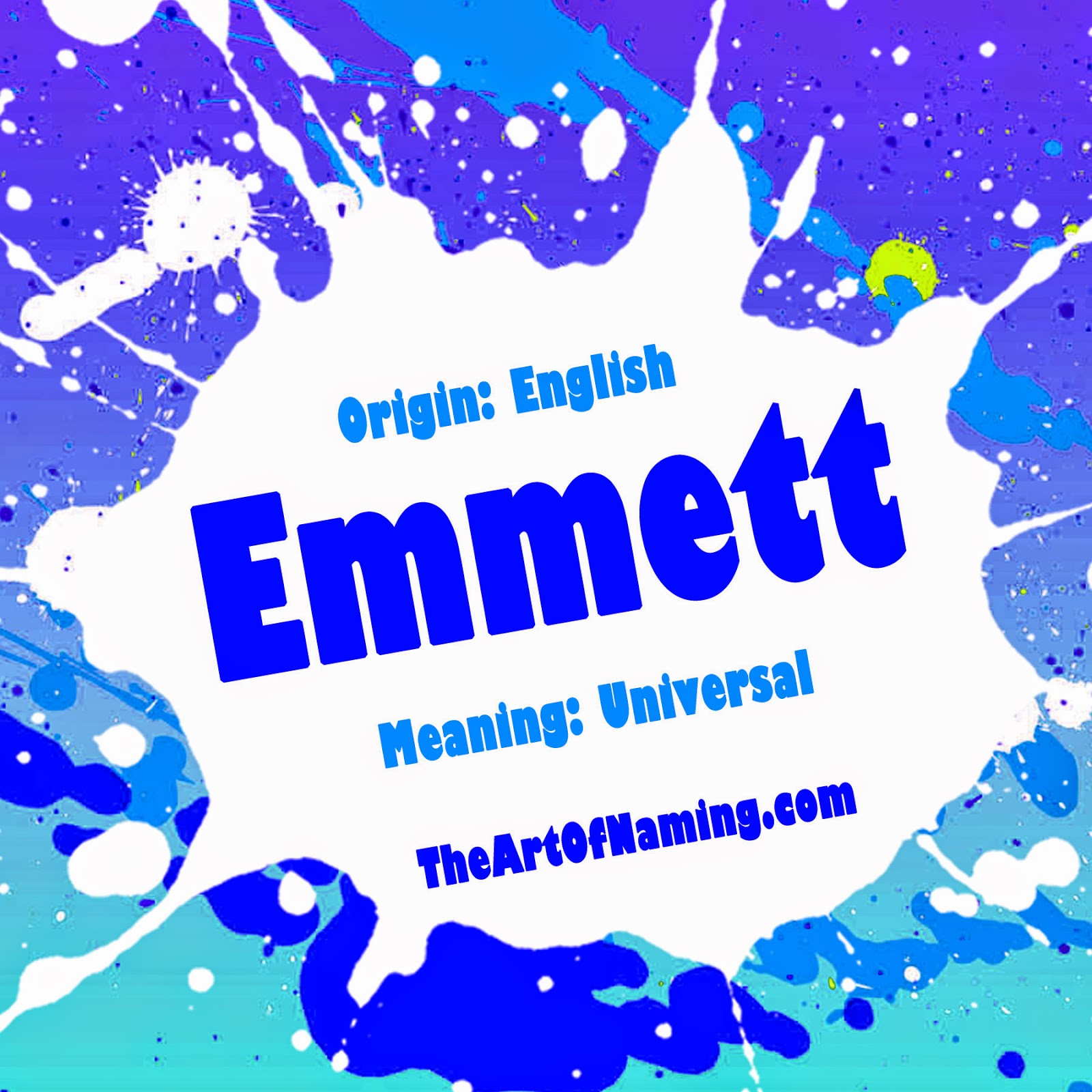 What do you think of Emmett? Share your thoughts in the comments below!
Written by The Art of Naming at 6:30 AM No comments:

The Very Best E Names for Boys and Girls 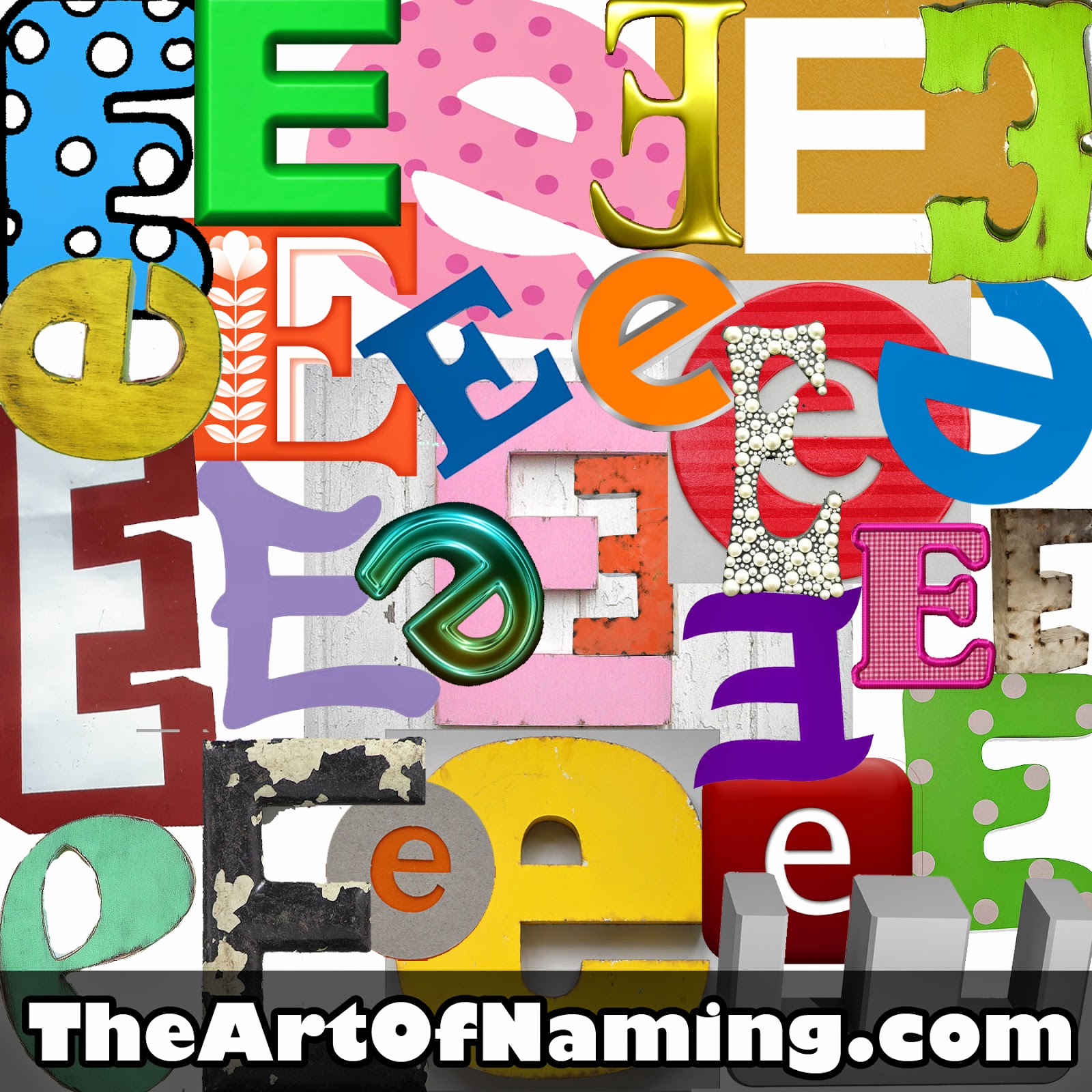 Everyone needs a name. Every parent must choose the perfect moniker for every baby they have. Even though it sounds easy, actually narrowing down names and choosing one is no simple task, especially when parents feel bombarded by an endless supply of names in baby name books and on websites.

Enough stressing out about it. Each of the names on the lists below were handpicked to ease your selection process. Either you find the perfect E name here, or you wait until next week to see if F is your letter.

Expect to finally end this long naming process, though, because you are oh so very close to discovering the name.  Experiment with some of the names below by pairing them with your favorite middle names. Everyone finds an excellent name eventually!

Explaining why you love a specific name isn't necessary, but feel free to share which ones caught your eye in the comment section below! Enjoy!
Each of these names are great, but if the perfect one isn't on this page, perhaps you should check out our other lists by using the links below!

Today is the first day of spring and what is spring without flowers and sunshine? If you're expecting a baby girl this season, perhaps you are searching for the perfect name to fit the occasion.  Look no further than this list!

There are plenty of applicable nature names that would be beautiful on a spring-born baby girl. Here are some of the lovelier options: 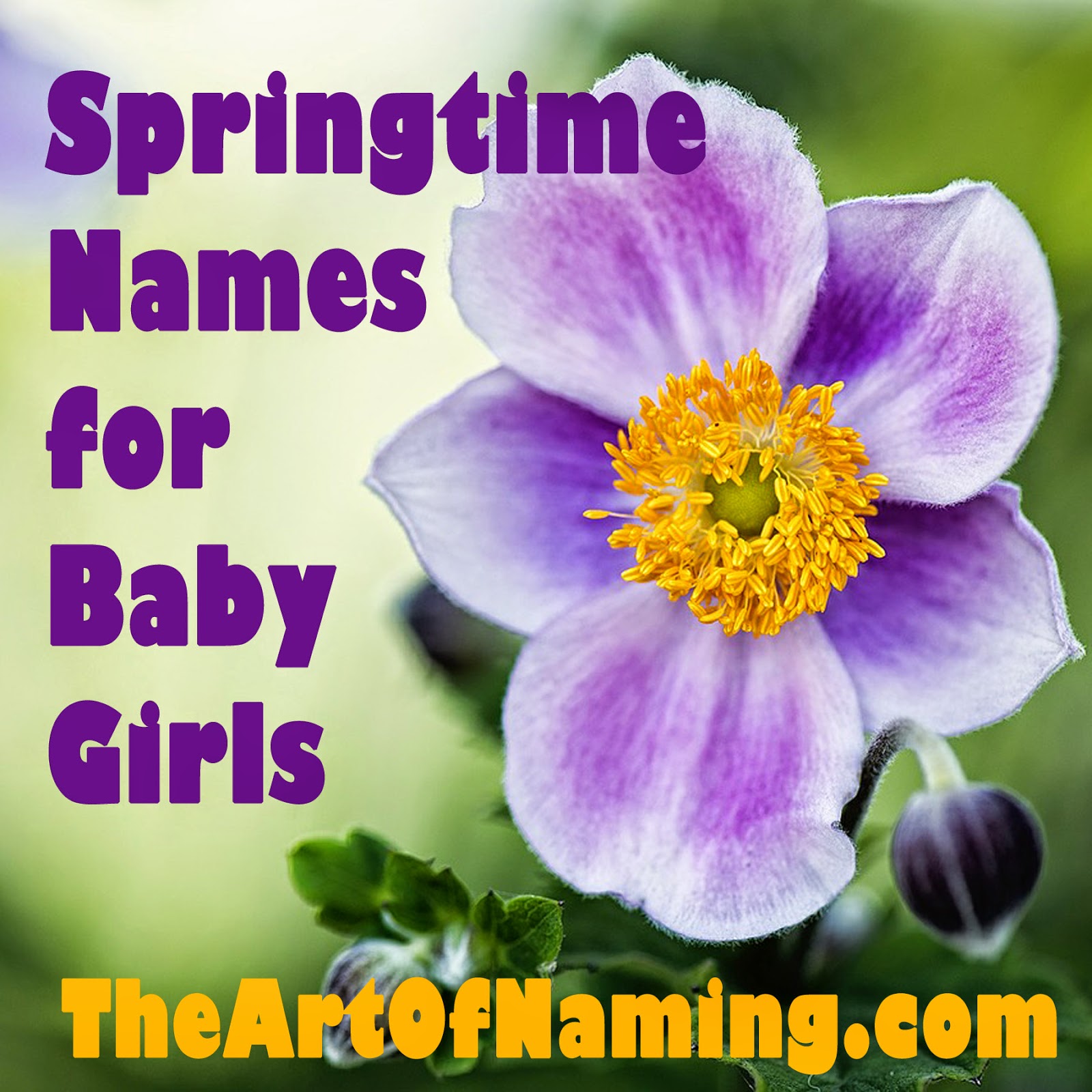 Here are other ideas relating to spring, newness, and Easter that would apply and make for less-obvious but still lovely springtime names:

Which of the above names do you like most? Would you use any? Share your thoughts in the comments below!
Written by The Art of Naming at 6:30 AM No comments:

Spring is a time for newness and growth. Everything is blooming and turning green! Nature is full of life! If you're also bringing forth a new life into the world, what better way to celebrate than to give him a handsome, timely name to fit the occasion?

Here are some great baby names that would suit a spring-born boy. Some of these are nature names that also refer to an actual spring or stream of water as well. Which do you like best?:

Atherton - "From the town by a spring" 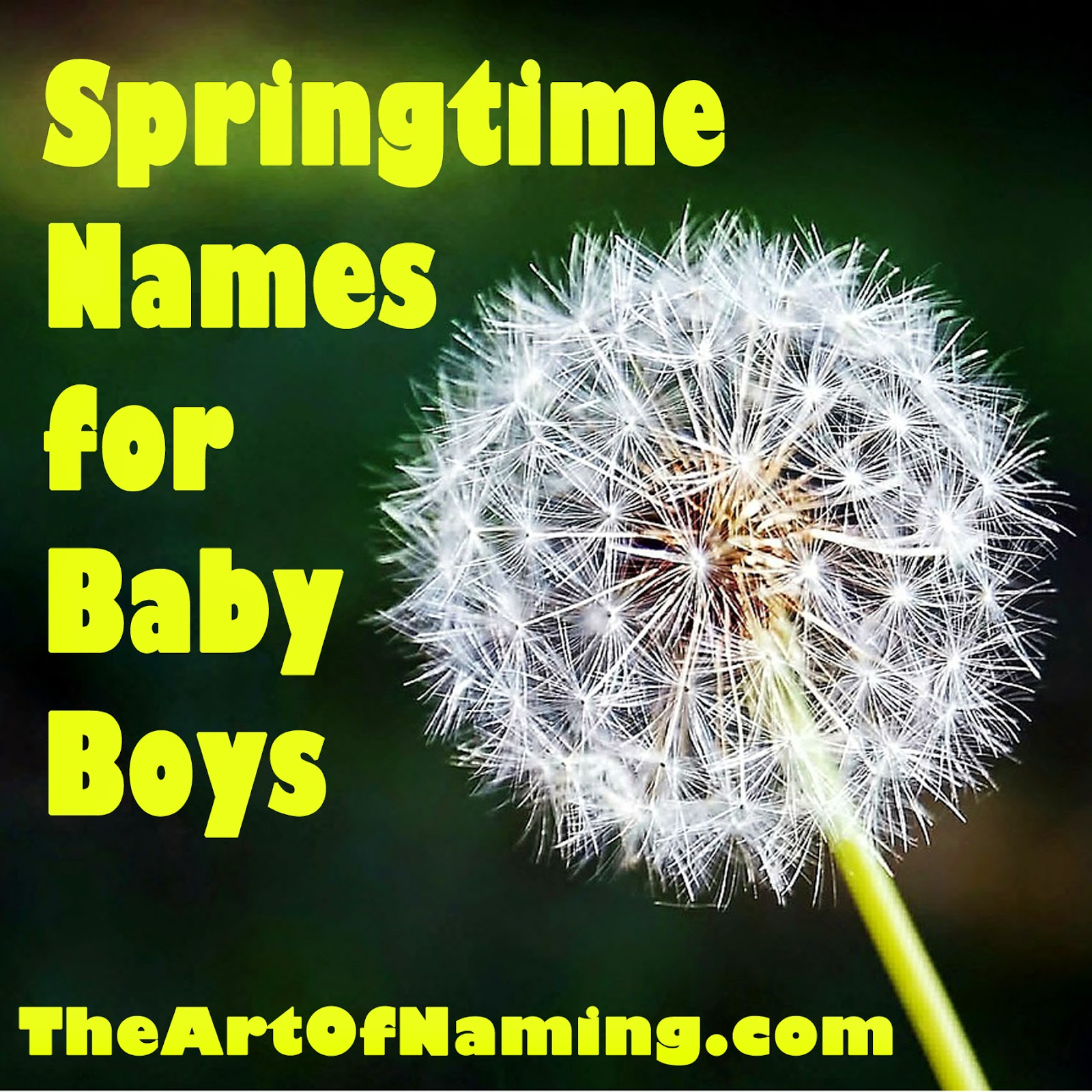 Here are some colorful names including names of shades of green:

Which of the above names do you like most? Would you ever use a seasonal name? Share your thoughts in the comments below!
Written by The Art of Naming at 6:30 AM 1 comment:

Inspired by this week's article featuring The Very Best D Names for Boys and Girls, we will be taking a closer look at the name Daphne, pronounced DAFF-nee. 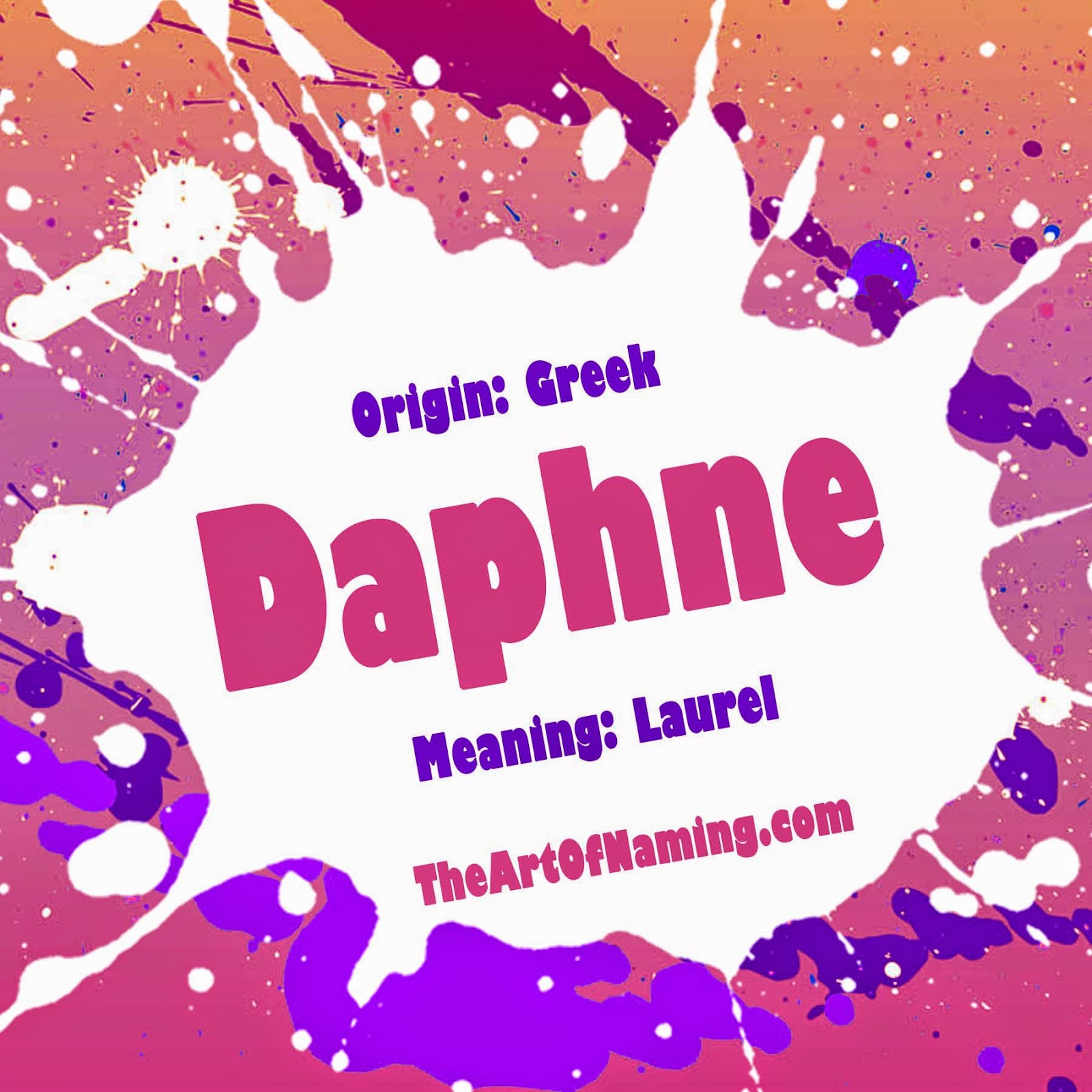 This lovely Greek name means "laurel" which is a flower. Laurels are often used in circular wreaths, one of which was worn on top of the head of Apollo in Greek mythology. According to the legend, a beautiful female nymph named Daphne gained the unwanted attention of Apollo and was turned into a laurel tree by her father in order to escape Apollo's advances. Apollo is associated with laurels because of his desire for Daphne.

Beyond the mythology mentioned above, the name Daphne has been well-used in various pop-culture works and worn by many famous people. Despite this, it has managed to remain mostly under the mainstream naming radar which makes Daphne a familiar but underused name. It would be a refreshing choice in the US today.

What do you think of Daphne? If you are considering it, here are a few sibling and middle name ideas:

What would you think of sisters named Daphne and Laurel? Do you think it would be cute or is it just too much? I kind of like it! Share your thoughts in the comments below!
Written by The Art of Naming at 6:30 AM No comments:

The Very Best D Names for Boys and Girls 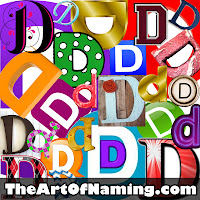 Go ahead and put that baby name book down. Close all of your browser tabs, too. You don't need them anymore!

It's true, you've been hunting for a wonderful name starting with D to honor a few relatives whose names also begin with D, but you haven't found the right one yet. Look no further! This is your list!!

I present to you 50 of the best D names for boys and girls!  These names range from common to unusual but they are all delightful.

Which do you like best? If you had to delete one name from each list, what would you replace them with? Share your thoughts in the comment section below!
See? I told you that you'd find the perfect D name for your little one. Congratulations!

Birth announcements are always fun to read. This time, I wanted to find a group of names that did not have a single duplicate. Remember, these names come from real babies!! Which do you like best?

For fun, pretend you have triplets to name and you can only use one of the following first/middle combinations as they are. You can choose any gender combination or do all of them. What will you pick? Check out my choices at the bottom of the page. Be sure to share your sibsets in the comments below! 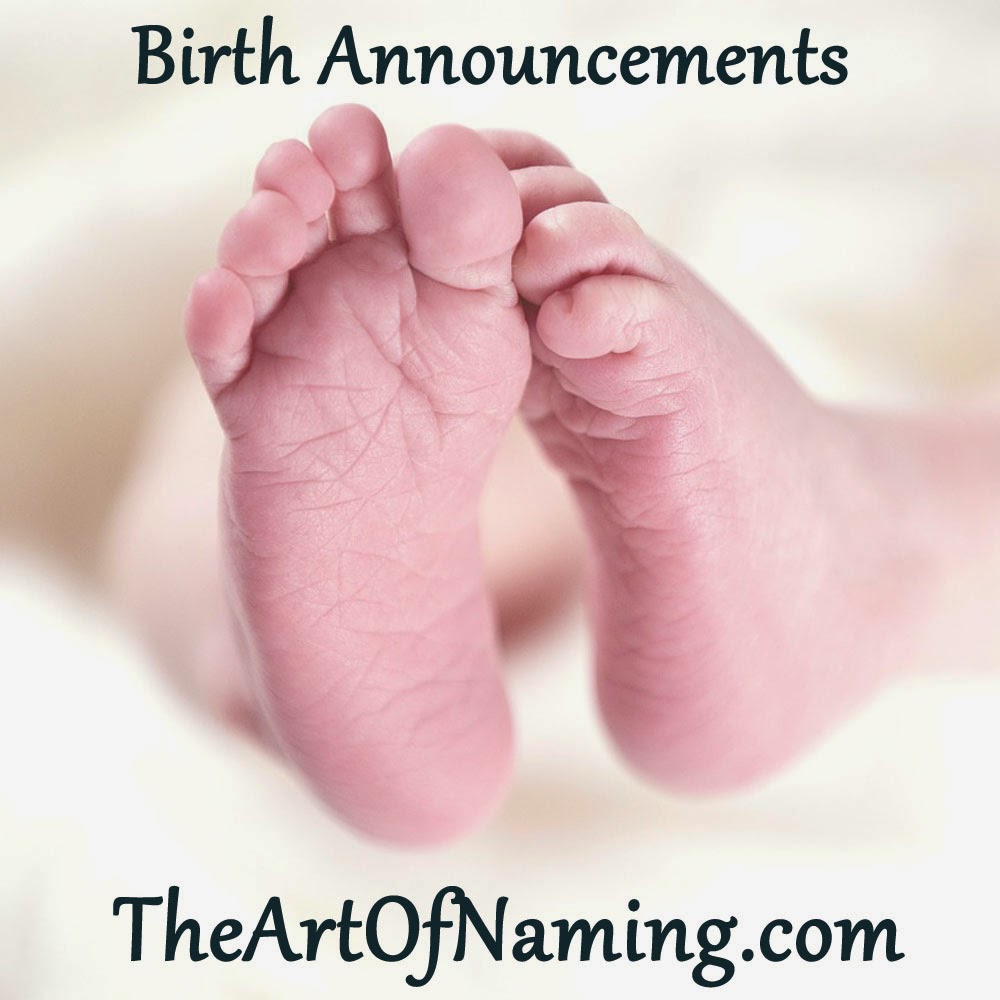 What would you choose?
Written by The Art of Naming at 6:30 AM 4 comments: