The beautiful, feminine name Flora is brought to you today in light of our previous post that featured The Very Best F Names for Boys and Girls. 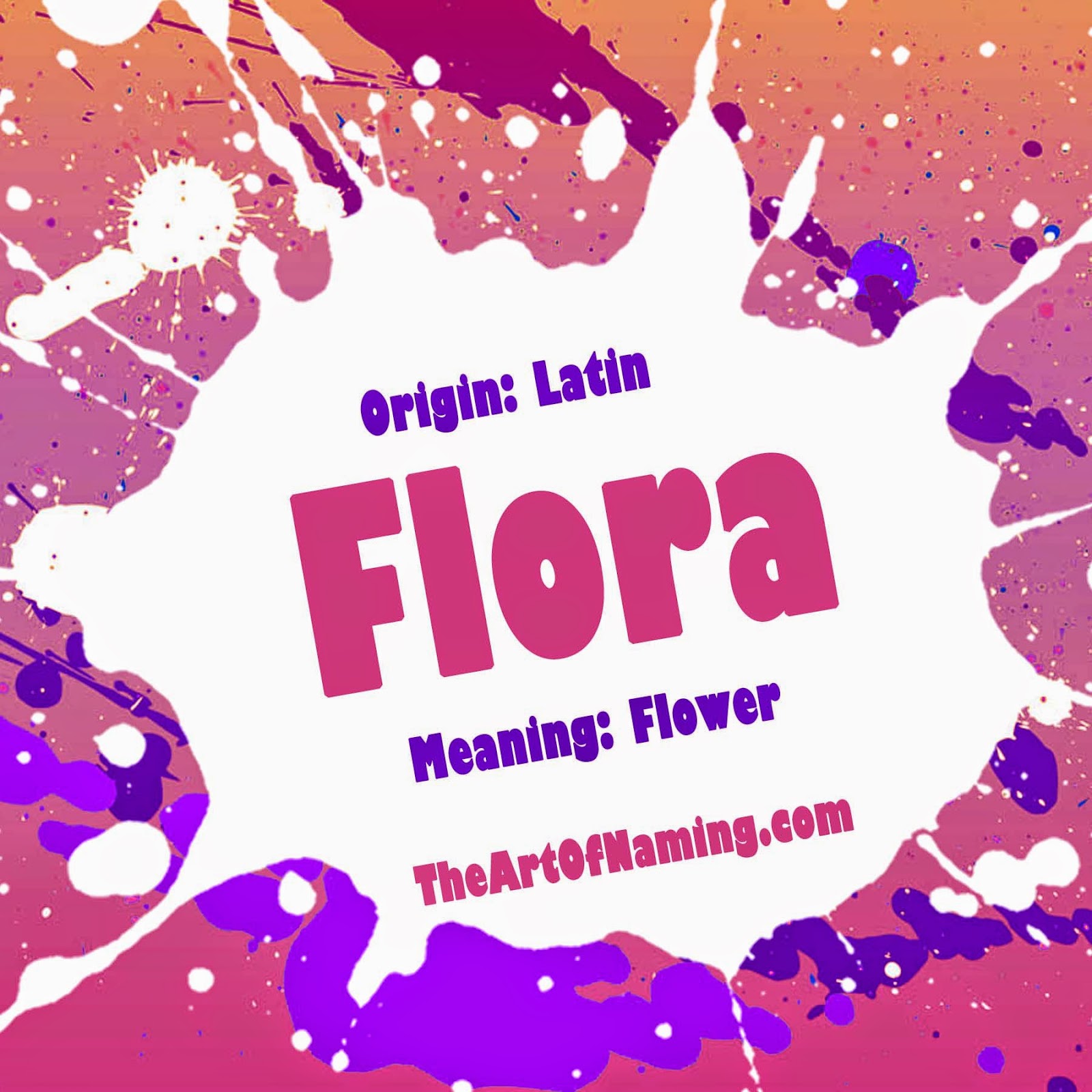 As a name, Flora has been in use since the Renaissance era in France. Diminutives of the name include Flo, Floretta, Florrie and Floella. In Dutch, Flora is known as Floor or Floortje. The French call her Flore and Florette, Hungarians say Flóra while the Welsh use Fflur.

Flora could be used as a nickname for Florence but the two aren't actually related since they come from different roots. Another similar name is Fleur which is French for Flower; there's also Fleurette, a diminutive of Fleur.

It's no surprise that this lovely name comes from the Latin word flos meaning "flower".  Flora was the goddess of flowers and the season of spring according to Roman mythology. She was the wife of Favonius, who was the west wind and bringer of light spring and early summer breezes. This couple's Greek equivalent is Chloris and Zephyrus or Zephyr.

The goddess Flora had her own festival called Floralia that would take place from April 28th to May 3rd in celebration of the renewal of life during springtime. Flora achieved more prominence during the Renaissance era than she ever did in ancient Rome.

According to that rule, old-fashioned names become fresh again and experience a revival of usage roughly 90-110 years after their initial peak of popularity. In this case, Flora did its best in 1920 with 1,566 births. In the next 5 years leading up to 2020, Flora may just receive a small boost in usage. However, it could take another ten years or so to see a definite rise since this is just an approximate and theorized timeline. There is always a chance that it may not occur at all. Either way, Flora has the potential to rejoin the Top 1000 names chart.

What do you think of the name Flora?

If you're interested in this lovely, under-the-radar, vintage name, perhaps these sibling and middle name ideas would also be helpful:

Know anyone with this name? Share your thoughts on the name Flora in the comments below!

Source | Source
Photo: Primavera- Flora, the goddess of flowers and the season of spring.
Artist: Sandro Botticelli. Galleria degli Uffizi, Florence - circa 1482
Written by The Art of Naming at 8:00 AM

I didn't realize how many F names I like for boys!