Today's featured name comes straight from our list of The Very Best G Names for Boys and Girls. It is a handsome choice that feels somewhat under-the-radar but is certainly climbing up the charts. 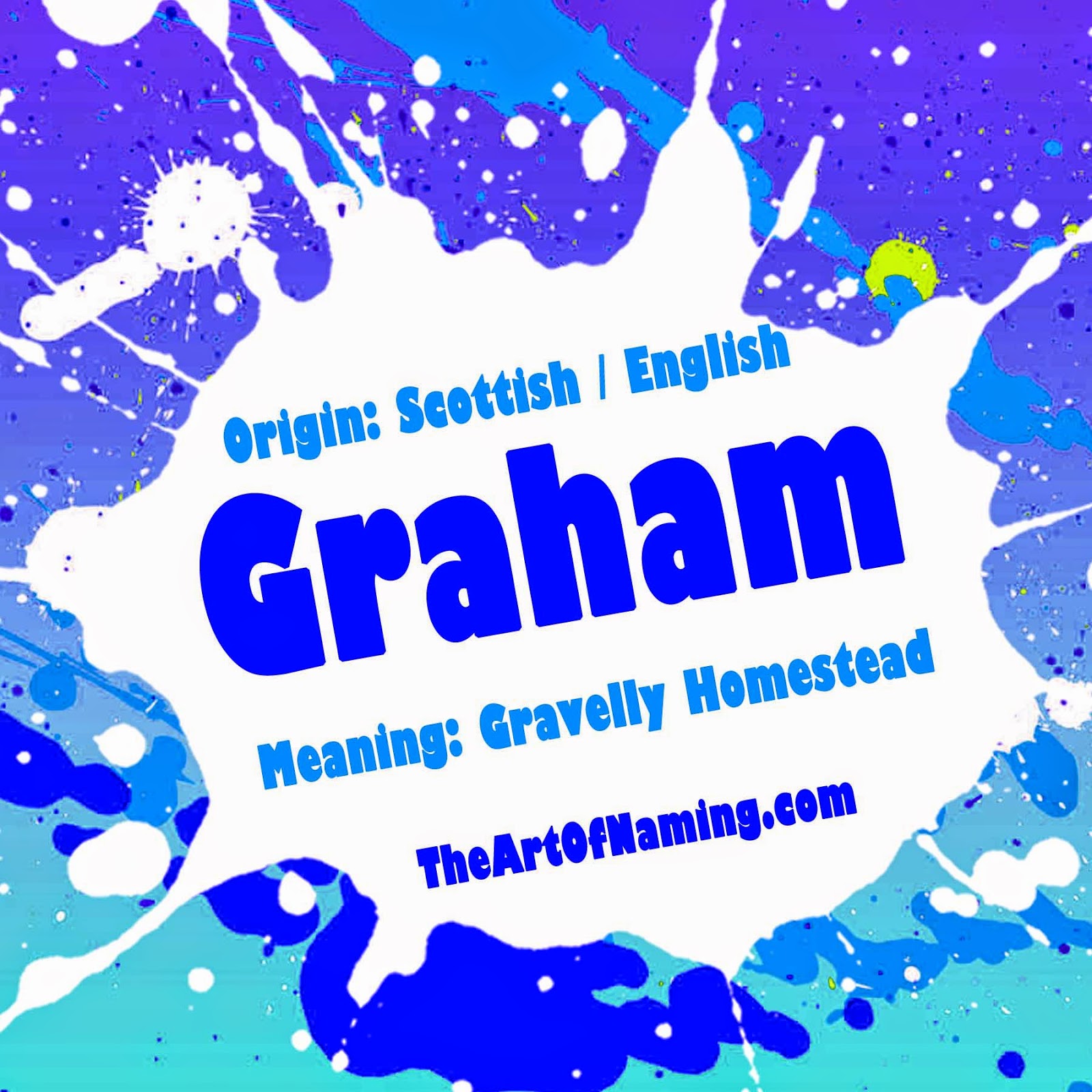 Graham is a Scottish surname which was derived from the English place name Grantham. This name is likely to  mean "gravelly homestead" in Old English.  There is a bit of a debate surrounding the pronunciation of this name but this mostly differs based on accents. Americans tend to say "gram" whereas those in the UK and elsewhere might say "gray-um". Both are correct, it just depends on where you live and what you prefer. How do you say it?

Graham first appeared as a surname in Scotland in the 12th century. It was worn by Baron William de Graham of Norway. Another famous Graham was Alexander Graham Bell (1847-1922) who is credited with inventing the telephone.

While the name Graham has been in use since name statistics were first recorded in the US, it has really caught on with modern parents. Graham's first uphill climb on the popularity charts occurred around 1980. 2008 saw another boost in usage. Now in 2013, there were 1,876 boys named Graham for a ranking of #203. It may just break into the #100s in 2014.

Since this name has different possible pronunciations, it would also have different numbers of syllables. This would then have an affect on which middle names you might pair with it.  Gram or Gray-um? One syllable or two? What would flow best with each? Here are some ideas:

What do you think of the name Graham? Is it on your list?
Written by The Art of Naming at 8:00 AM