The lovely name June has been used for girls as a given name since the 19th century!  Boys occasionally wear it too but not to the same extent as girls.  As a month name, June originally comes from the name of the Roman goddess Juno. 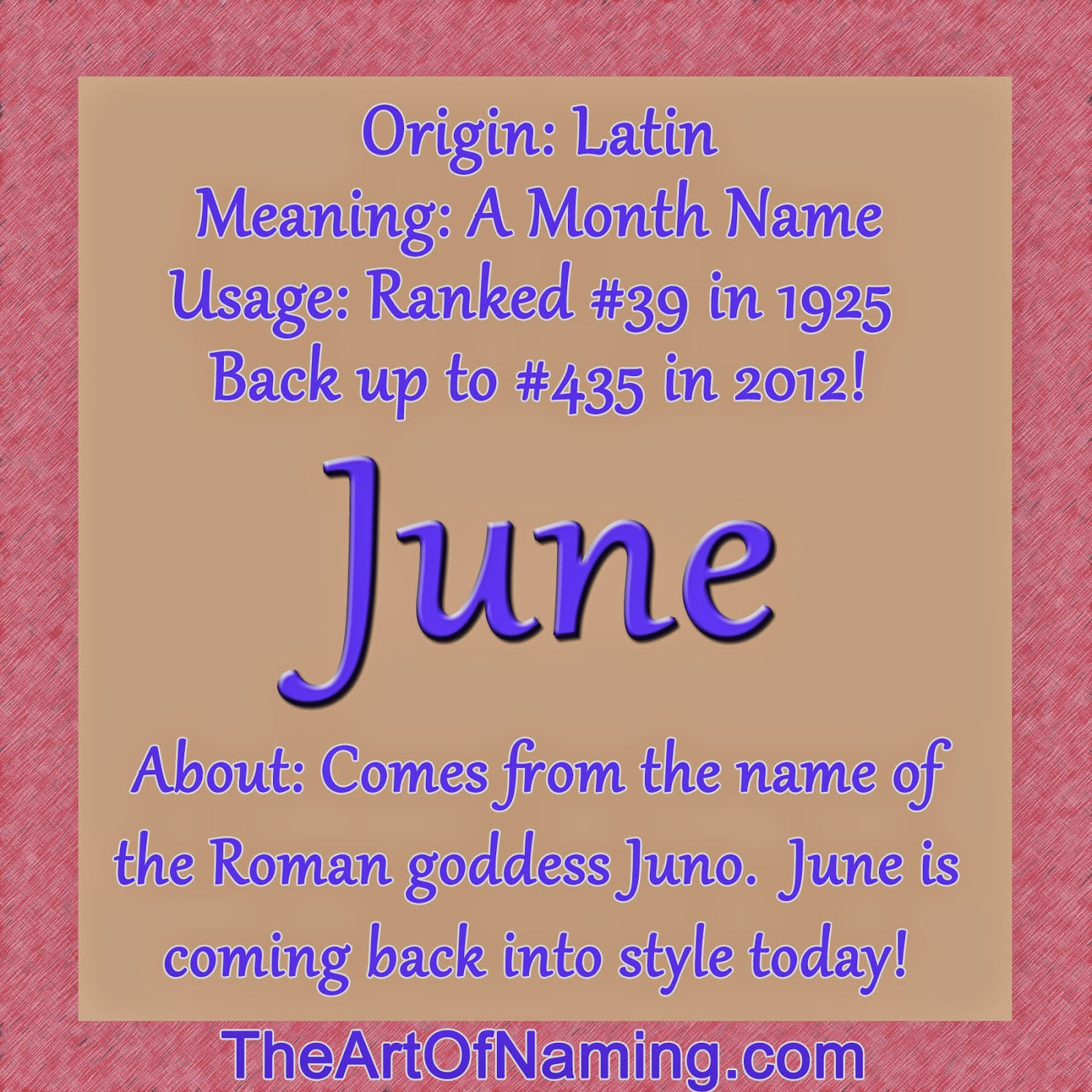 Juno's true meaning is unknown but it is said to possibly be related to a root name meaning "youth". Juno was the wife of Jupiter in Roman mythology and considered the queen of the heavens. She protected marriage, women and childbirth. That is one of the reasons that many weddings traditionally took place in the month of June.

This sweet name hasn't been very popular lately.  In fact, there was a twenty year dry-spell that ended in 2007 where June was not ranked within the Top 1000 names at all. Until recently, She's generally been considered an old-fashioned, grandma name because of her super-popularity that peaked in 1925. But as the 100 year rule goes, she's due to become a hot name once again and we're already seeing signs of her revival!

Back in the day, June rose to fame very quickly! She was always used in some capacity but right around 1914, her popularity skyrocketed. 6,649 baby girls were named June in 1925 (#39), setting a record that hasn't been matched since. After that year, the name began a steady decline in usage. Right around the 1970s, June had fallen to the middle of the pack and began receiving less than 1000 births a year.

In 2008, June jumped back in the game, ranking in at #869 with 320 baby girl births. Since then, June has continued to climb the charts, ranking in at #435 in 2012 with 710 births. Very soon we will find out where she stood in 2013 but I have a feeling she climbed a little bit higher once again.  Click here to view the dramatic popularity charts!

What do you think of June? Is it your favorite month name or do you prefer another? What would you pair with it? Here are some ideas I came up with:

Most of these names have a similar vintage quality to them. I couldn't resist. :)
Written by The Art of Naming at 8:00 AM