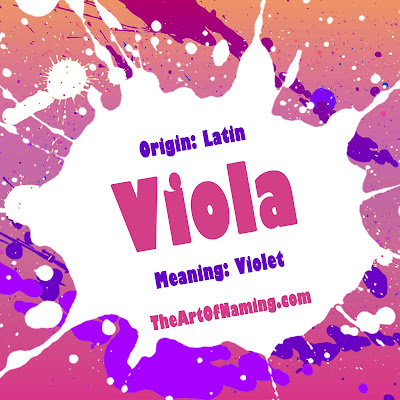 What do you think of the name Viola? Or do you prefer Violet? What about Violetta?
Written by The Art of Naming at 6:30 AM