I came up with a short list of unisex names to potentially feature and it was hard for me to decide between them, so I took the question to the wonderful people on Instagram! The first poll narrowed the list to three names, but the voting was very close on the final three. It came down to Finley, Lennon or Phoenix. In the end, I tallied all of the votes from both polls together and Lennon was the winner! 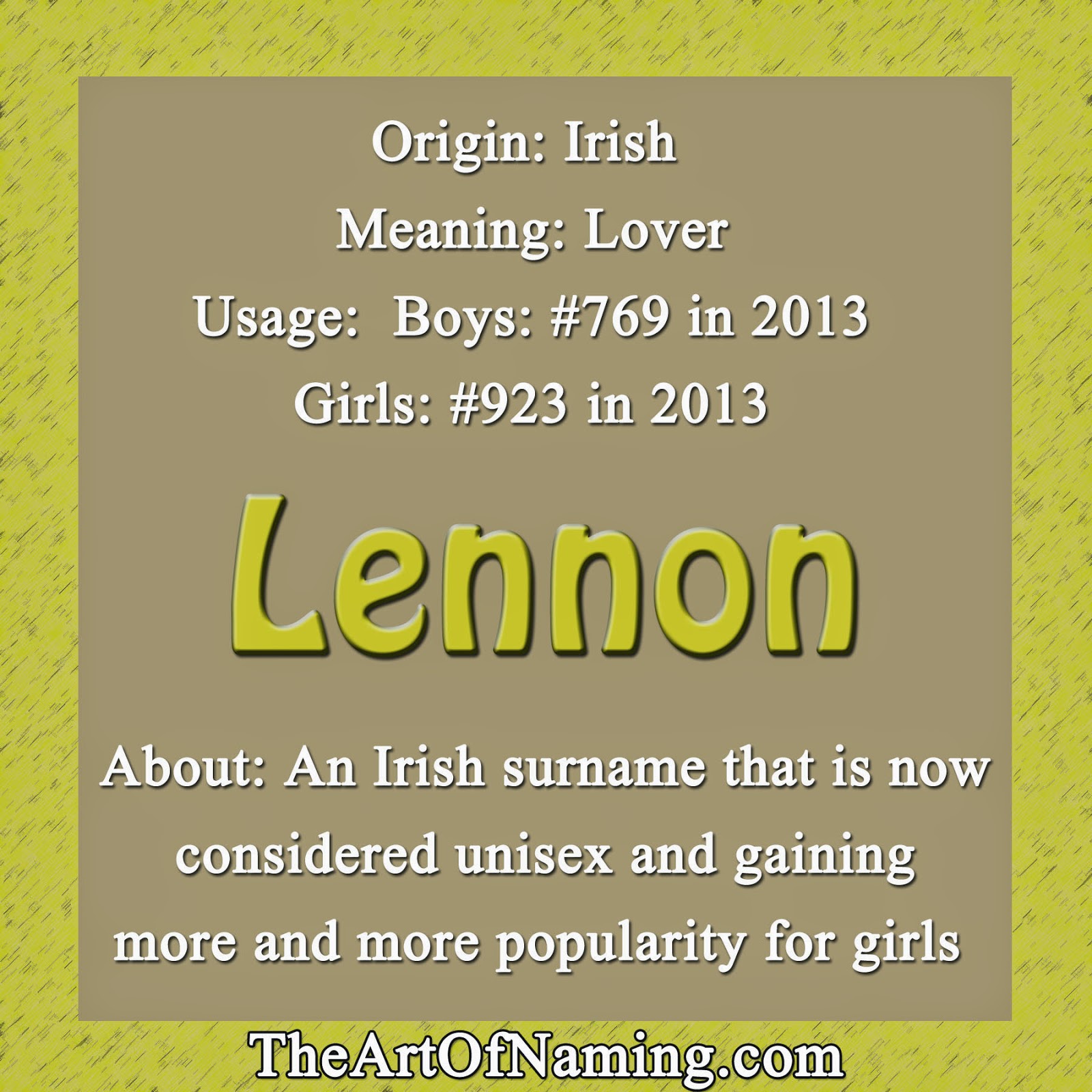 Upon hearing the name Lennon, the first thought that may come to many peoples' minds is that of the late John Lennon of super rock group The Beatles. Beyond the musical connection, which is probably a huge reason parents choose the name, Lennon actually comes from an Irish surname. It has been anglicized from Ó Leannáin which is basically a patronymic name meaning "descendant of Leannán". Leannán itself is said to mean "lover" in Gaelic.

Lennon is now considered a unisex name. Originally, it was only given to boys from 1913 to 1980 in the US. Girls were slowly given the name starting in 1981 and it has quickly caught up to the same ranks as the boys. In 2013, there were 273 girls named Lennon and 289 boys which makes this name nearly even for both genders because of its 51/49 split.

It has only gained this boost of popularity for girls in the past year. The birth split for 2012 was 33% girl and 67% boy. Before that, the difference was even greater.  If you're wondering, as of 2013, the boy Lennon ranks at #769 and the girl Lennon ranks at #923, joining the Top 1000 for the first time ever. It will be interesting to see if this iconic surname of a male rock star will eventually be turned into a name that's favored by females.

As a baby name choice, like I mentioned, Lennon is a musical honor name. It joins the ranks of others such as Hendrix, Jagger, Marley and Presley. As far as nicknames go, the most obvious would be Len or Lenny. However, nicknames aren't very necessary when the name's only 2 syllables long.

What do you think of the name Lennon? What sort of middle names or sibling names would you pair with it? Names of other celebrities? Other surnames? Other unisex names? There's plenty of routes to take. Here are a few ideas I came up with: