In this month's World-Wide Wednesday, we'll be visiting Wales and examining their baby naming traditions! To kick things off, let's take a look at a Welsh boy name: Rhys. 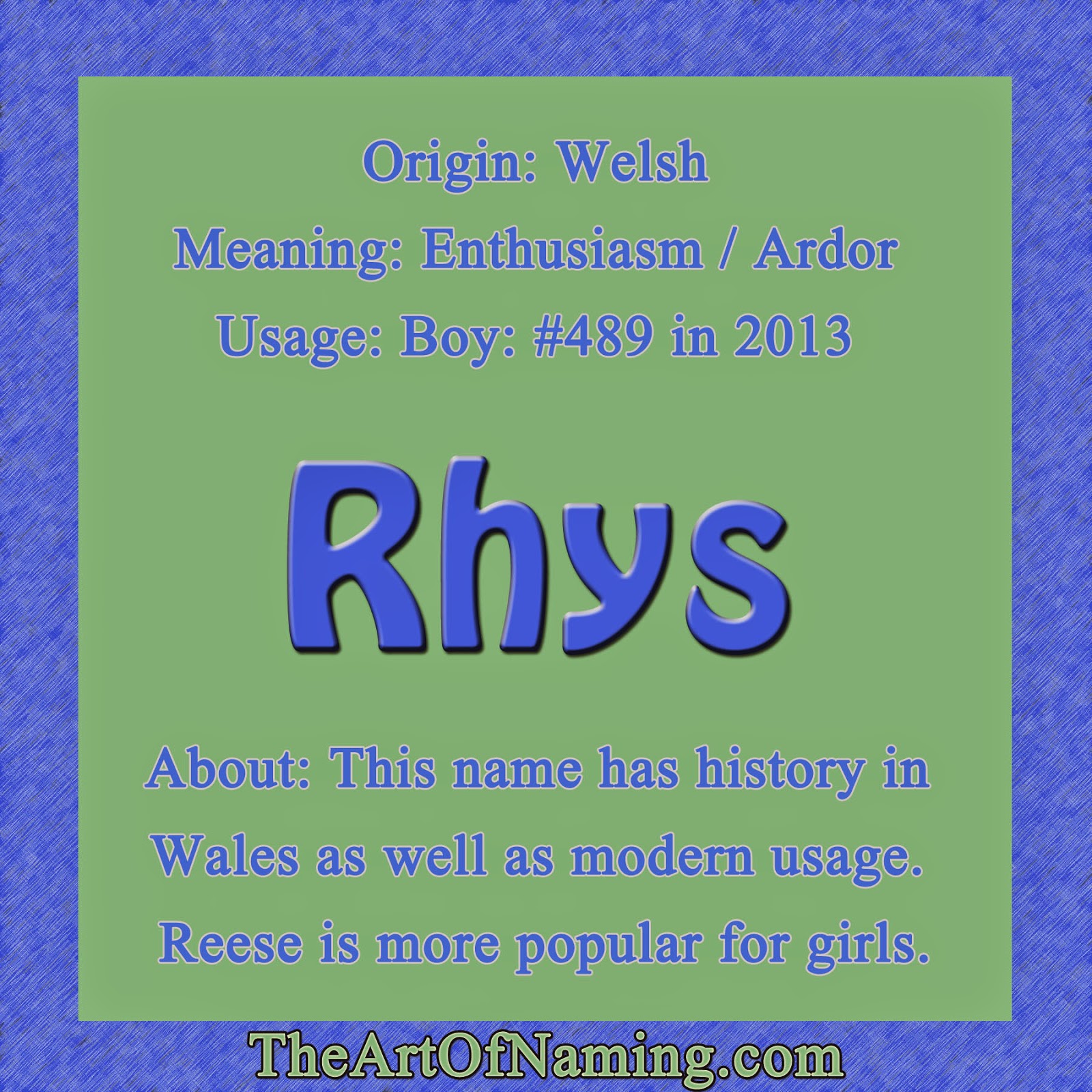 Rhys is pronounced like Reese and is the name that Reese and Reece spring from. Many girls are given these variations but it is originally a masculine name. In fact, there have been several Welsh rulers named Rhys.

In Welsh, the name is said to mean "enthusiasm" or "ardor" which is a great, positive meaning to have in a name! In Wales, the name has quite a bit of history as well as modern usage. It ranks in the Top 100 in England/Wales, Ireland, Northern Ireland and Scotland making it a popular choice for boys!

This new popularity that Rhys has been experiencing could have been partially influenced by three actors, one named Jonathan Rhys Meyers, another named John Rhys-Davies, as well as a Welsh-born actor named Rhys Ifans. The name has also been used on a celebrity baby in 2009: Rhys Edward, son of Joey McIntyre of New Kids on the Block.

I think Rhys is a name that will continue to gain popularity with this spelling for boys. The Reese spelling is massively more popular for girls, ranking at #156 and only ranking at #602 for boys. I think the genders can share this same sound but use their own spellings. That would make it kind of unisex and kind of not and I think that's cool!

What do you think of Rhys? Or do you prefer Reese/Reece?  Here are some ideas that I came up with for potential siblings for Rhys as well as some middle name ideas:

What might you pair with Rhys?
Written by The Art of Naming at 8:00 AM

My youngest is Desmond Isaac. And yes, his name totally came from "LOST". His brother who is 3 1/2 years older is Miles Lucas. And no, I know/knew nothing of "Assasins Creed," but I have got that comment many times. We thought they just sounded good together.