The last post in our Summer Names segment is this lovely girl name. Pearl is considered a rather old-fashioned name but it is coming back into style today! 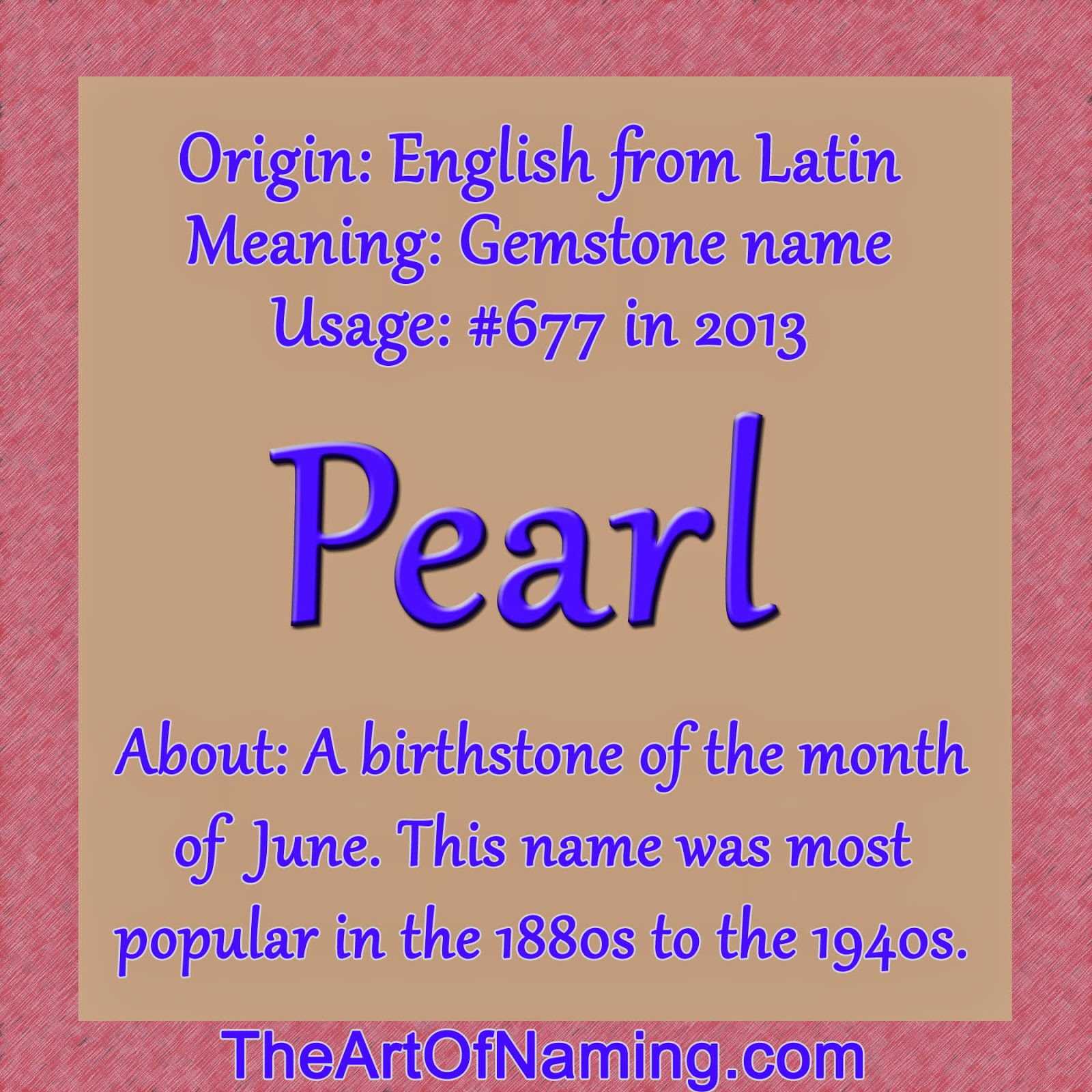 I chose this name because it is the birthstone for June, a summer month. Historically, pearls were a favorite gem during the Roman Empire. Tudor England was even nicknamed "the pearl age" during the 1500s. They were probably so popular because they are said to give wisdom and bring wealth, protection and luck. They symbolize purity, generosity, integrity and loyalty as well. That's quite a lot for a baby girl to live up to if she's named Pearl!

Pearls are also unique in that they're the only gems that come from living sea creatures. This means that they have a natural beauty that is not made or altered by man or machine. However, cultured pearls dominate the market in place of natural pearls and have since the 1920s.

As a baby name, the English word pearl refers to the concretions formed in mollusk shells, like I mentioned, but it ultimately comes from the Late Latin word perla. It has been used as a name since the 19th century because of its lasting popularity as a gemstone. Today, many celebrities have already used Pearl for their daughters' firsts and middle names.

At first thought, Pearl may seem like the name of someone's great-grandmother and you wouldn't be incorrect in that association. Pearl was very popular from 1880 to around 1940. Pearl peaked in popularity in 1918 with 4,521 births and a ranking of #56.

What do you think of the sweet, vintage Pearl? Do you think she'll make a bit of a comeback in the next 5-10 years? Also, what names would you pair with it? Here are some ideas I came up with:

As a Middle Name:
Beatrice Pearl
Clara Pearl
Juliana Pearl
Rosalind Pearl
Written by The Art of Naming at 8:00 AM