Family is very important in Italy. So much so that there has been a very strong custom in place for how parents are expected to name their children. 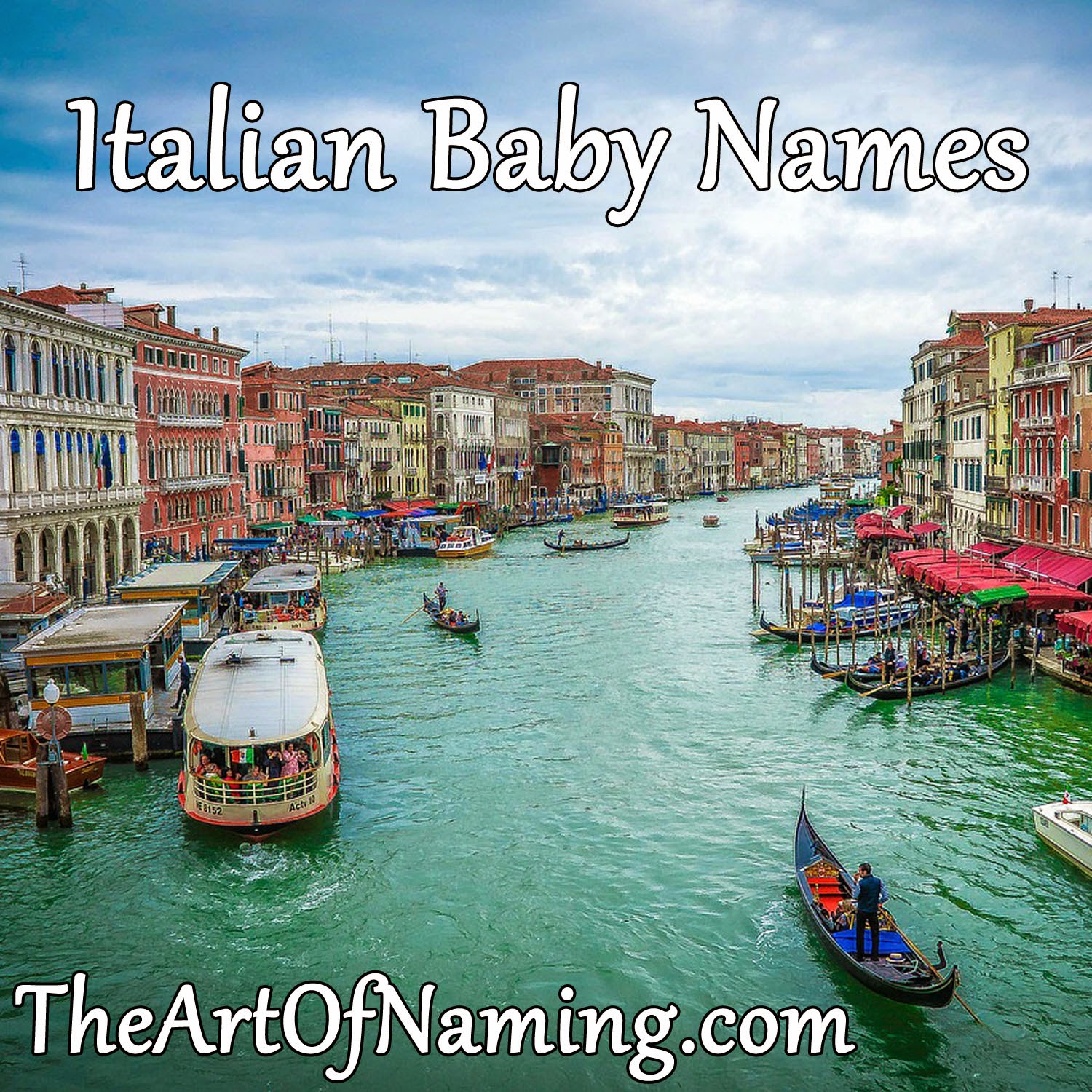 Any further children would then be named either for their parents, for a favorite aunt or uncle, for a saint, or for a deceased relative. There are always exceptions to this custom but this is typically the pattern that has been traditionally in use. If there was a child who died at a young age, for instance the first born son Emilio, his name would probably be reused for the next boy that was born in order to honor his paternal grandfather Emilio again.

Sometimes if the first born was a girl, they'd use a female variation of the paternal grandfather's name. The pattern wasn't always followed in the exact same way from family to family. This makes predicting ancestry records a bit more complicated than you may expect.

These traditions could be confusing when more than one of a man's sons named their first born sons after him. Then you'd have cousins with the same name. This happened frequently so to distinguish the boys from one another, nicknames were used. In some small towns where naming traditions are still upheld, the nickname trend is still in use. These nicknames tend to come from some kind of personal characteristic among other things.

If the above traditions weren't followed for some reason, you could probably bet money that the children all had a saint's name, especially if the family was Italian Catholic.

The majority of typical male Italian names end in -o but there are some that also end in -e, -a or -i like Salvatore, Luca or Giovanni. If it ever ends with a consonant, the origin is probably foreign such as Cristian or Oscar. Female names mostly end with -a but there are also some that end with -e or -i.  Often, names will have a diminutive ending on them such as -ino/-ina, -etto/-etta, -ello/-ella, or -uccio/-uccia. Many male names have the prefix Gian- (John) or Pier- (Peter) in names like Gianluca or Giancarlo and Pierpaolo or Pierangelo. The feminine name Maria was also occasionally given to boys like Gianmaria or Anton Maria.

Over time, the most common given names have been the following:
Modern Italian names may have roots that come from ancient Latin names, but they tend to not be entirely equivalent. Most Latin-based origins such as Italian, Spanish, and French will have some correlation, of course, but there tends to be a big stylistic difference between names viewed as Italian and names considered Latin or Roman. Ancient Romans had a limited inventory of given names that they used so very few modern Italian names are actually derived directly from the classical Roman names.

As far as surnames go, Italians actually have the largest collection of surnames in the world. There are over 350,000 surnames in use. Men in ancient Rome began to inherit a specific surname around the year 1450. In 1564, it became mandatory to register baptismal names and marriages in parishes.

A very large amount of Italian surnames end with the letter -i. This is said to have started as a medieval habit of identifying a whole family by pluralizing their name with the letter -i on the end. Even if the family name was Ormanno, they were known as the Ormanni. So Lorenzo from the Ormanno family would be known as Lorenzo degli Ormanni which means "Lorenzo of the Ormannos". Eventually, the possessive portion of the name phrase that was used to identify someone ("of the") was dropped. They just remained pluralized: Lorenzo of the Ormannos was just Lorenzo Ormanni.  Many of these family names were originally rather patronymic indicating ancestry through the paternal line such as Francesco de Bernardo meaning "Francis the son of Bernard". He would later just be known as Francesco Bernardi.

Some surnames originated as place names. People would only have first names and they'd be known by where they lived, whether it was a town, a geographical marker like a mountain or some other landmark like a tower. For example, the Rosa who lived in the town of Vinci would eventually be named Rosa da Vinci. Sometimes, ancestors' occupations determined a surname: Contadino which means "farmer" or Marin which means "sea" and indicates a fisherman. Other times, physical characteristics gave rise to surnames: Rossi comes from rosso which means "redhead".  Occasionally, you'll find an Italian family surname that has preserved its Medieval Latin form such as De Laurentiis.

Now, as for modern baby names, here are the current Top 10 names per gender in Italy:

What do you think of these Italian baby names? For an even more extensive list of traditional name ideas, be sure to look at Behind The Name's wonderful list.

[Note:] As far as I know, I am not Italian. I have never had the pleasure of visiting Italy and I unfortunately have never learned the language. If any of this information is incorrect or lacking, please let me know so corrections can be made.

Hi Clare! Thanks for stopping by! You're right about the translation of the names. My original source must have translated them wrong. I'll correct it! Thanks for that! I love the work you do too! I always get excited to see you scoop my blogs :) Girl name coming Friday! Yay!