To round out Italian Week, let's take a look at a lovely Italian girl name: Luciana. 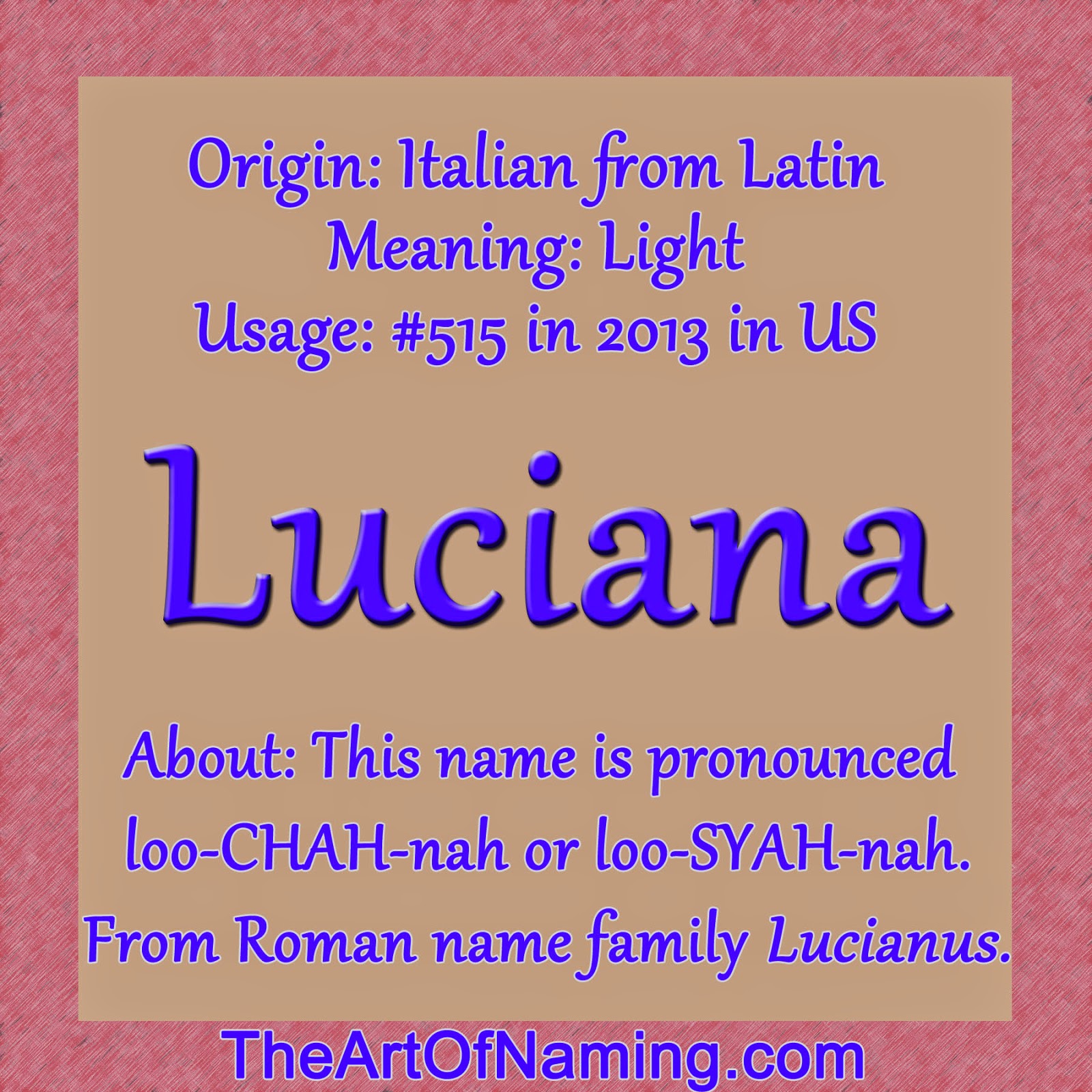 This name not only has Italian usage, but also Spanish, Portuguese and Ancient Roman.  It is the feminine form of the Latin Lucianus which is a Roman family name. It is derived from Lucius which comes from the Latin word lux meaning "light".

For girls, names like Lucia, Lucilla, Lucetta, Lucinda, Lucienne and Lucy are all related to Luciana. Male variations include Luciano, Lucianus, Lucius, Lucio and Lucian.  Of these, Lucia is hot in Spain.

Luciana has a couple different pronunciations. The Italians say loo-CHAH-nah and the Spanish will say loo-THYAH-nah or loo-SYAH-nah. You'll probably hear the last one most in the US.

What do you think of the lovely Luciana? Do you prefer Lucia or just Lucy instead?  What would you name her siblings? What middle names might you give her? Here are a few ideas:

As a Middle Name:
Ada Luciana
Emma Luciana
Maren Luciana
Vivian Luciana
Written by The Art of Naming at 8:00 AM