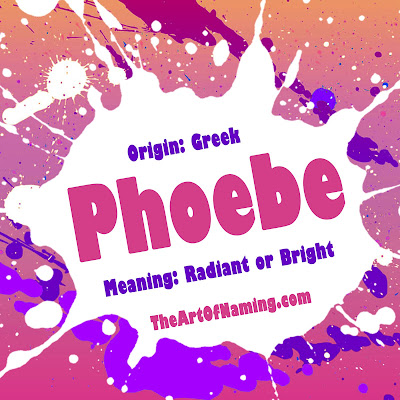 
What would you pair with Phoebe? Share your thoughts on this name in the comments below!
Written by The Art of Naming at 6:30 AM