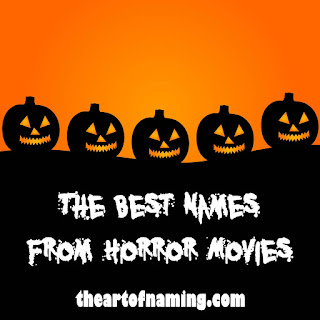 What is your favorite horror flick? Which of these names do you like most? Can you think of any I missed?
Written by The Art of Naming at 6:30 AM