Today's featured name is a strong, handsome Irish name that I hand-picked from this week's blog about boy names that contain the letter V! 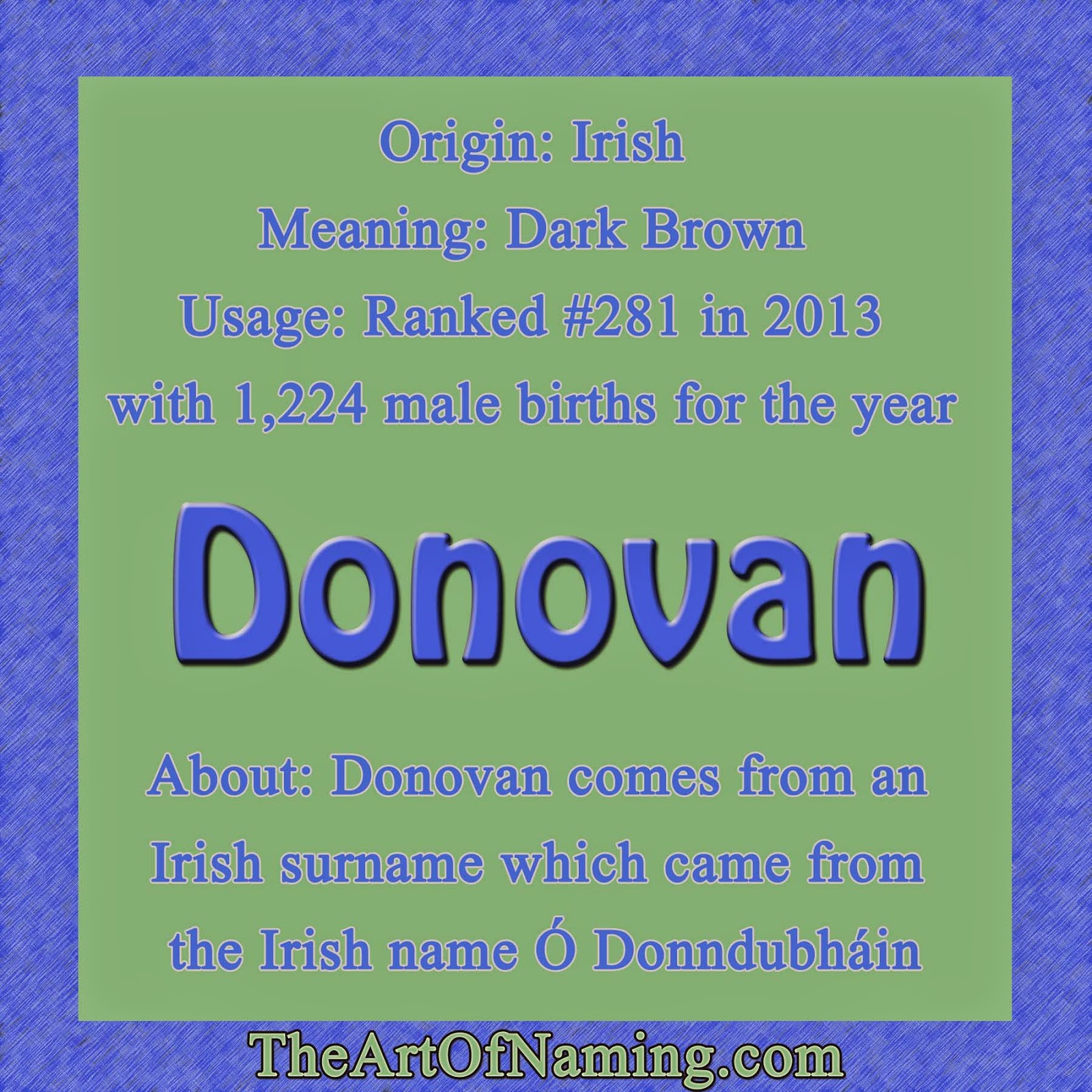 The masculine name Donovan comes from an Irish surname which ultimately came from the Irish Ó Donndubháin which means "descendent of Donndubhán". That name is basically Gaelic for "dark brown".

Since this name is on the decline, it'll only become more and more unique. There probably isn't a danger of it sounding dated since it has been solidly established since 1900. It also wasn't incredibly popular. If it had peaked in the Top 50 and then immediately declined, it would be a different story. As it sits, it's still receiving good usage without being unusual or overly popular.

As far as namesakes go, there is a Scottish singer songwriter named Donovan who was most popular in the 1960s. There are many famous people with Donovan as a surname and a handful with it as a first name. Take a look at the full list here.

Nicknames may include Don, Donny, Dono and Van. What middle names might you pair with Donovan? What would you name his brother or sister? If you know anyone with this name, what are their siblings called? Share your thoughts in the comments below! Here are a few ideas:

Donovan James is my favorite